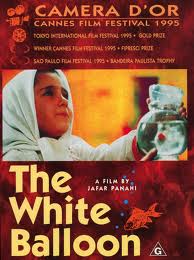 The whole movie at: http://www.youtube.com/watch?v=r6G5vLObkuw

This is the debut feature of Jafar Panahi who has had to fight a witch hunt by the conservative Iranian establishment over the years. Like all his films, this one is also a simple tale. A  girl goes to the market to buy goldfish. Like many Iranian films this one also relies heavily on the histrionics of child actors. Though they make excellent actors, it requires immense patience to direct children who throw tantrums at regular intervals. In ‘This is not a film’, one of Panahi’s works, he shows the difficulty of directing the protagonist in the White Balloon.  All I can say is that it is worth the pain and effort. Highly recommended. 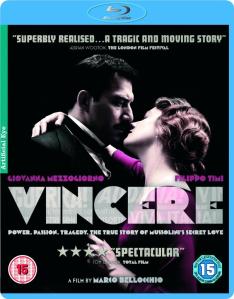 This is the true story of Mussolini’s secret lover and his child with her. Covering an issue kept under wraps till now, this films is more insightful for the revelations about the early life of Mussolini. Mussolini was a turncoat and an opportunist who frequently changed his ideology to meet the mood of the populace. His disowning of his son and his megalomaniac nature are exposed in this film. The movie has the feel of an epic. Giovanna Mezzogiorno is absolutely stunning as she is in many films. It is a shame that she has not really made it big in Hollywood. Recommended only for those who have an interest in politics. 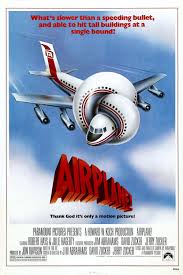 Whoever says that the 80s were about bad college romances should take a look at this dangerously funny movie. Propriety is thrown out of the window as quirky characters make a flight little more than exciting. Involving gags that hold back nothing, this is a comedy you should not miss. 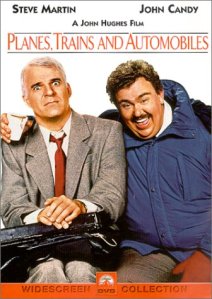 A man has to reach home for Thanksgiving. His determination to be home is matched only by the difficulties he must overcome to be with his family. Add to this mix a stranger who specializes in creating chaos. What you get is a John Hughes movie starring Steve Martin and John Candy in roles that seem tailor made for them. The film has been an inspiration for many other road movies. It is also one of the best roles of John Candy, who died young at the age of 44. It makes me wonder at the glorious possibilities of what could have a stellar career. To be sure, he did memorable work in the movies he was in. In this one, he is even better than Steve Martin in the comedy department and that is something few can claim to be. 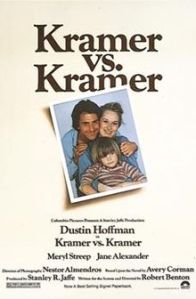 Any movie with Dustin Hoffman and Meryl Streep needs no introduction. Here they play a couple who were once in love but now face a battle for the custody of their only child. Sentimental without being melodramatic, this film was a surprise winner at the Oscars, collecting 5 of them. Strong screenplay and directing only add to the performances of Streep and Hoffman. A masterclass in acting. 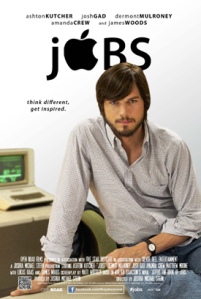 There are some movies which do not make anyone happy. ‘Jobs’ is one such movie. Steve Jobs had a lot of admirers during his lifetime for making a cult out of a brand. On the other side, he was universally despised by almost all who came in contact with him. He was also a complex character who refused accept his love child and refused to pay for child support but later started supporting her. This movie is Steve Jobs for dummies because beyond that it does not provide anything insightful about his life. The focus is on boardroom battles and personality clashes and not on innovation or design. Ashton Kutcher is a poor actor and he should stick to oddball romantic comedies. His depiction of the older Jobs walking with a stoop is painful to watch. The worst crime of the movie is that it does not shed any light on the products that made Jobs famous. The movie ends with Jobs second home coming to Apple. That is as good as making a movie on Bill Gates without mentioning Windows. 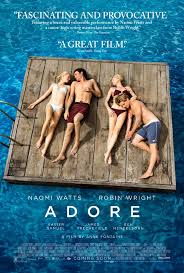 Two close friends who are mothers of teenage sons fall in love with each other’s sons. I guess they had to just come up with something provocative. The saving grace is that Naomi Watts and Robin Wright look absolutely marvelous and their acting is top notch. Otherwise there is nothing to waste your time on. I guess they just made it over a holiday. Surely a miss.

A girl is at the center of a bitter custody battle between her parents. The best thing about the movie is that it is told through the eyes of the child and there are numerous moments when the camera tells the story without the aid of dialogues. It also has very well written characters who are normal people with shades of grey. One interesting thing about the movie is that the way you perceive the characters changes as the movie progresses. The foul mouthed mother has a soft side to her and the drug addict turns out to be a genial character. Recommended. 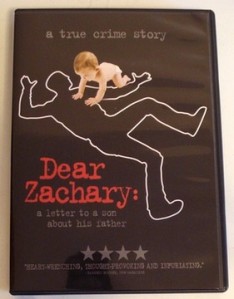 A filmmaker friend of a murder victim decides to make a film on him when he gets to know that his friend’s ex-girlfriend is pregnant with the dead man’s child. The intention is to pay a tribute to his friend and also introduce the child to his father. Devastating. One of the saddest documentaries I have ever seen.

Eagerly Waiting for: ‘Rush’ because Ron Howard returns with a film on Formula 1.