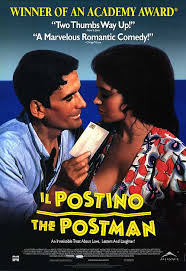 I was looking for some inspiration to pen the blog this week after a truly hectic schedule. What else could be a better movie to kick start this edition than this Italian classic about a poorly educated man who is inspired by Pablo Neruda’s poetry to finally convey his love to the woman he has always loved. The legendary poet from Chile moves into an Italian island and the protagonist who is a postman gets to deliver mail to Neruda. In the process, he befriends Neruda who aids him through his poetry and helps the postman to speak up to the village beauty he has always admired, from a distance. A blend of romance, music and poetry, this film shows the endless possibilities of literature. Shot elegantly, the movie sets the right tone and is one of the really unique pieces in movie making. Two thumbs up. 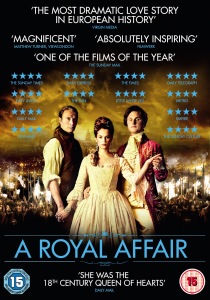 ‘A Royal Affair’ is a movie which unfortunately released in the same year as ‘Amour’, thus sealing its fate as the close loser to the latter at all the major awards in the Foreign Language category in 2012. On its own, the film is a rather engaging one and has been shot with the grandeur it deserves. The heart of the story is about an ordinary man who stretches the limits of imagination and customs to do good for the common man in an era when the buck stopped at the king’s door. A queen married to an insane king falls in love with a physician who has progressive ideals. The film is based on a true story concerning the Danish monarchy. As one critic noted, falling in love can change the world or at least the fate of a nation. Must watch.

I was looking forward to this movie because the play on which it is based was very successful and it is not every other day that Mery Streep and Julia Roberts share screen space. The film though turned out to be close to a dud but is salvaged by the acting prowess of the thespians on screen. A family tragedy leads to the reunion of a few strong willed and opinionated women in a family in Oklahoma. Fireworks on screen should have ideally followed the setting but the film struggles to even ignite a spark. The movie fails to explore cinema as a medium and is constrained by the feel of a play which it is not able to shake off. An average effort.

The running joke about this movie is that Rachel McAdams falls in love in movies only with people who can time travel. Here, the man in her life is an ordinary guy who thinks about making his life better as opposed to changing the world when he discovers that the ability to time travel runs in the family. He tries to replay moments in his life he cares for, until they reach perfection. Though the film requires suspension of disbelief, you are willing to play along as it involves the extraordinary love story of an ordinary man. I like romantic movies with good production values, decent acting, good lines and soft music. I liked this one.

Robert De Niro is the head of an Italian mob clan who hides out in France with his family under a witness protection programme. The family wrecks havoc in the local community with their trigger happy violent ways. Though I warmed up to the premise of the movie, it got too hot to handle with its unnecessary violence as it progressed. What could have been a comedy soon turned into a ultra violent movie. Catch it on TV  when you have nothing else to do.

There are some deaths which make you feel that they are so unfair. At 46 years Hoffman was not even near the peak of his acting abilities. He had so much to offer. Though it is a cliche to say this, it can be said without any exaggeration that his death is an irreplaceable loss. My tribute to the one of the greatest actors of his generation.

Quite possibly Hoffman’s best performance which also got him the Oscar. Hoffman is Truman Capote. Even Capote himself would have been less authentic if he had acted. Oozes class. 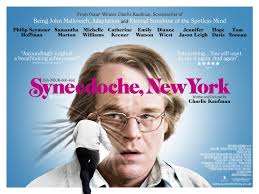 A movie on existentialism. Not everyone’s cup of tea. Hoffman is so good in it that I have watched some scenes many times over in awe of how he pulls them off. 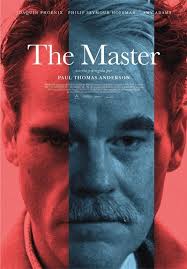 It is a competition between Hoffman and Joaquin Phoenix in the acting department. Both of them are winners. The story does not even matter. 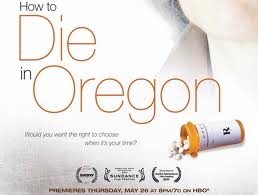 Two decades ago Oregon became the first US state to legalize physician assisted suicide. The documentary follows the lives of a few terminally ill people as they grapple with the question in light of the new law. Heartbreaking.

Did you know: Walt Disney refused to allow Alfred Hitchcock to film at Disneyland in the early 1960s because he had made “that disgusting movie Psycho.”