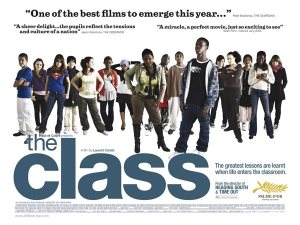 Winner of the ‘Palme D’Or’ at Cannes, this film tells the story of a teacher grappling with a group of teenagers from different backgrounds in his classroom in suburban Paris. Hailed for holding a mirror to the new socio-cultural mix of the French society, this film is as powerful as it is simple. The characters are so believable that you will forget momentarily that they are acting and performing the scenes given to them. One thing I have always loved about French cinema is that it gives importance to the character and dialogues more than anything else. The banter among students about some obscure nations competing in the African Cup of Nations  point to the effect of immigration from former French colonies. The movie is also a pointer to the restrictions that the teachers face in the name of the rights of students. My endearing memory of this movie is a discussion on it with a friend when I was in France. I had watched this movie in India and in my keenness to impress him I started talking about it. His response, ” It is nice that you have seen it. It has not even been released widely in France and I don’t know anyone else who has seen it. At least you get to see such movies.” 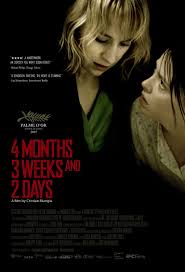 Could the story of an abortion be a thriller? Yes, if it set in communist ruled Romania during the 1980s. This movie was the winner of Palme d’Or at Cannes and took the film festival circuit by storm, winning all the major accolades except the Oscar. The only reason why it did not win the Oscar is because in the USA people are still fighting the right of a woman to have control of her body. The film is a must watch for choosing to shed light on a dark period in Romania’s history. It has some disturbing images. If you are the religious type, please stay away. For more sensible people, it is a must watch. Two thumbs up from a bleeding heart liberal. 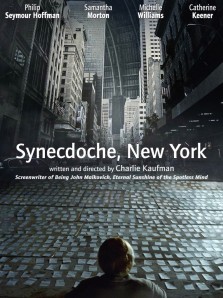 This debut feature from the writer of gems like ‘Eternal Sunshine of the Spotless Mind’ and’Adaptation’ is one of the most devastating films I have ever seen. Chosen by Roger Ebert as the best film to have come out in the first decade of the 21st century, this is not for the ordinary viewer. In fact, most will not be able to fully grasp the story on first viewing. It is a little arty and the writing is also complex that the viewer will not be able to make much sense of what he sees on screen. At a simplistic level, it is the story of a man and the women in his life. At a more complex level, it supports the idea that our lives are predetermined and we do not have much control over anything. Philip Seymour Hoffman hits the high notes with his performance and his acting is an essential viewing for anyone who thinks that acting is a serious craft.

Are we so powerless that we cannot have a say in our destiny or is it that we are just playing out the parts written for us. Is it all about fate? Will the voice just say it? Die. 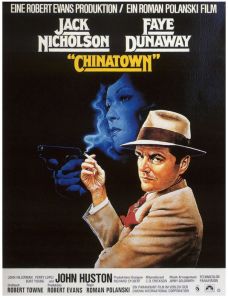 As I have mentioned in one of the earlier posts, Roman Polanski is not a director who likes happy endings except for his masterpiece ‘The Pianist’. In ‘Chinatown’ also the dominant feeling is that of doom and gloom. The climax confirms the general pessimism of Polanski towards life, perhaps a reflection of the awful tragedies in his life. Nevertheless,  this movie is a compelling one with a solid story and outstanding performances. Jack Nicholson plays a private detective who is hired to investigate personal lives but as he begins his investigation he soon learns that it is as painful and complex as peeling onions. Chinatown’s final sequence has a dialogue; “It’s not worth it”. The opposite is true for the movie. 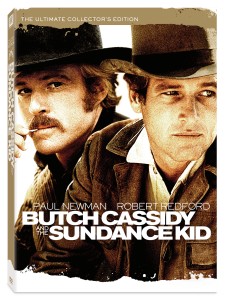 This Western has Paul Newman and Robert Redford at their best. They essay the roles of two outlaws. Based on real life events, this motion picture is a delight to watch. The movie has enough action, adventure and comedy. In one of the scenes where they try to rob a bank in Bolivia, they do it by writing their instructions on paper slips in Spanish so that they don’t forget. The love Robert Redford has for the movie is evident from the fact that he chose the name ‘Sundance’ for the film festival he started. There must be a reason why he loves it so much. Watch it. 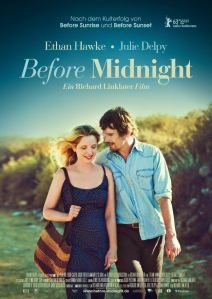 The quote may be for books but it holds true for movies also. Some movies are to be tasted, others to be swallowed, and some few to be chewed and digested: that is, some movies are to be watched only in parts, others to be watched, but not curiously, and some few to be watched wholly, and with diligence and attention. Thankfully every movie in the ‘Before ….’ series falls into the last category. ‘Before Midnight’ may be the best in the series. The thing with the ‘Before…..’ series is that either you love it or you don’t understand it. How can they make movies one after the other every nine years, that has the same people speaking to each other and yet keep it interesting? Julie Delphy, Ethan Hawke and Richard Linklater were perhaps born to do this. Nothing is forced: the dialogues, the acting, the story. It all looks so easy and that is the triumph of the movie. We find the couple nine years after their coming together but with some family and work related stuff to bother them. I have tried to figure out the formula for the series or at least the way dialogues are written. What I think are the key factors in keeping it engrossing are; a) never have long monologues unless it is an anecdote, b) have lot of anecdotes, c) discuss about the world and keep it civilized d) don’t discuss money e) don’t discuss any relatives outside the immediate family unless there is a death. All this does not take away the fact that ‘Before Midnight’ makes the mundane sound so exciting. I hope that at least this time the actors get Oscar nominations and maybe a win too. I also hope that they find another reason to make the fourth movie in the series after nine years. 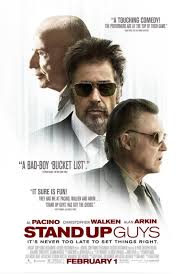 When you have Al Pacino, Alan Arkin and Christopher Walken, you expect at least an above average attempt. This movie disappoints on that front. At best, it is an average film which might have nursed ambitions of greatness but then goes to sleep after the first ten minutes. It is a story of old con men trying to settle some accounts while trying to enjoy their last days. Nothing special but not bad enough for me to get excited and tear into it. 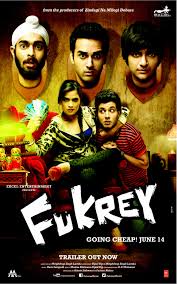 ‘Fukrey’ has no ambition. It knows that its hatchet job is to pose as a juvenile comedy and recover its money in the first weekend of release. Many bollywood movies have done this carpet bombing of the box office and ensured that they get suitable returns on their investment before the word spreads that the movie is pathetic. There are no jokes in the movie, the joke is on the viewer while the producers laugh all the way to the bank. The movie is an insult to the people of Delhi. There is not even a single character who is not twisted. Men want to enroll in a college because girls also go there. Girls who go to college have other means of earning money. People who run those activities ask perfect strangers to sell drugs as if they were waiting for franchisees for their business. Think of ‘American Pie’. Remove the good looking girls and the humour (stupid as it is). You get ‘Fukrey’. 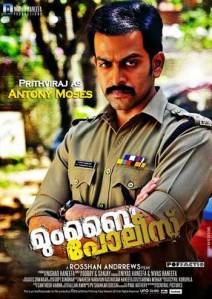 A cop who has just solved a murder mystery has an accident before revealing the culprit to anyone else. Sadly, he loses his memory when he recovers from the accident. Now he must start from scratch while his opponents now know that he cannot tell a friend from a foe. This thriller starts on such an interesting premise but then disintegrates into a character study rather than an investigation. Spoilers ahead. The central question of the movies is whether a person’s core character would change after an accident where he loses his memory. For example, will he be less violent than before? Or will he now become straight and cry when his gay past is revealed? I am not a psychologist to answer that but I think that even if such changes are possible, the character won’t cry over them. How unfortunate that we have to debate such things when we could have had an edge of the seat thriller. Disappointing. 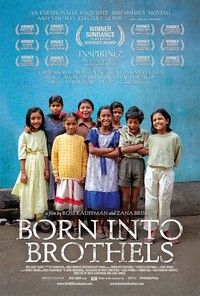 Oscar winning documentary on the kids who grow up in a red light area in Kolkata, India. Frankly, I believe that this documentary is exploitative in nature and the only reason it was made, in my opinion, was to win some awards. I could not empathize with the film makers as they just show what is obvious and they don’t have any real interest in the children who are the subject of the movie. You can agree or disagree by watching this one.

Eagerly waiting for: ‘Kick-Ass 2’ because ‘Kick-Ass’ was kick-ass.

Did you know: Pixar takes up to 4 years to make an animation movie.