This Korean blockbuster tells the story of the bonding between a father and a daughter. The father who is a simpleton gets framed in a rape case and is sentenced to death. The daughter who has nobody else in the world, is smuggled into the prison cell of the father. A remarkable tearjerker which is cloying, this Korean film is an out and out crowd pleaser. I often feel that Korean and Indian movies have a lot in common. The most important of those is the ability to play unashamedly to the galleries. As for this movie, I have a feeling that this is waiting to be made into a bad copy in Hindi. Why spoil the experience by watching another badly made Bollywood movie? Go for the original. 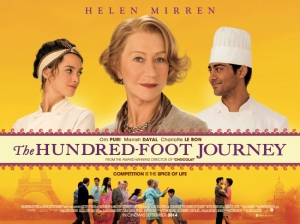 Based on the novel with the same name, this is another crowd pleaser which is a cheerily brisky movie to watch. An Indian family of cooks, displaced by riots in India moves to Europe, only to accidentally end up in a French village. The patriarch of the family (played adorably by Om Puri) decides to set up shop and then the restaurateur comes in direct competition with an obsessive owner of a Michelin starred restaurant right across the street. What ensues is a no holds war; a battle royale between Indian and French cuisine. While I was secretly hoping that the Indians win hands down, the movie takes a different route and becomes a lesson on cultural integration and tolerance. It is therefore not difficult to see why the film is produced by Oprah Winfrey and Steven Spielberg. The film is a bit clichéd but has some very good dialogues. Some of them are cheesy (” I am a cook, not a chef”)  and some have far greater depth (The one on French national anthem and the French national slogan). With decent music from A R Rahman and more than decent performances, this is an easy film to watch.

Every once in a while there comes a movie which you are willing to write off without bothering to watch it but when you watch it you know how wrong you were. ‘The Guest’ is one such movie. It surely will not win any awards and uses every cliché possible to advance the plot. There are enough loopholes in the plot but in spite of all this there is something remarkably endearing about the movie that makes you sit through it and enjoy it. In real world terms, it means that you know you are watching nonsense but you start liking the nonsense because it is really nicely done nonsense. A family grieving for its lost soldier son gets some succor in the form of a guest who claims to be the son’s colleague. The guest wins over every member in the family but soon his mask starts slipping. What could have been a really bad movie starts kicking in the style. Acted and shot with panache, this finally becomes the  guilty pleasure of 2014. 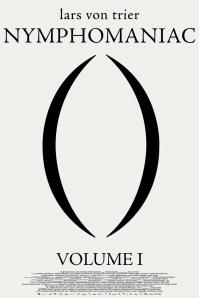 From acclaimed director Lars Von Trier comes this movie about a nymphomaniac recollecting her sexual experiences. More smoke than fire, this movie is a voyeuristic expedition solely interested in titillating the viewer.  I don’t get it when such movies are slotted as high art because they simply aren’t good enough. The film had its fair share of controversy too because it has unsimulated sex scenes. That I am afraid to report, is the only claim to fame of this movie.

The thing with maths is that you can always add one. The sequel to 21 being 22 would not have been a major problem if not for the various scenarios that are shown as possible future sequels as the end credits roll. Come on, this sequel itself is an unwarranted tribute to a lousy original. The good thing is that it looks better than the original but that is not much to say. Jonah Hill and Channing Tatum reprise their roles as cerebrally challenged undercover cops. This time they are back in college. The film does have its moments but overall, it doesn’t make the cut. Recommended for those who like big loud senseless movies.

A remake of the 1981 Brooke Shields starrer, this movie begs the question ‘Why?’. To start with, the original was a lousy and painful one to watch. Its only redeeming feature was the (then) angelic face of Brooke Shields. The 2014 version has no reason for its existence. It sticks to the same tacky screenplay and is not aided by some plastic performances. For those interested, the story is that of a girl falling in love with a boy; a relationship the girl’s parents oppose tooth and nail. Sounds familiar? Save yourself the pain. Give it a miss.

The story of legendary Indian artist Raja Ravi Varma who dared to put a face to the gods. His representations of the Hindu gods and goddesses continue to be used on posters and artwork to this day. He was also one of the first to understand the commercial aspects of art and marketing. It would be nearly impossible to capture his genius in a movie. ‘Rang Rasiya’ tries with mixed results. The film is a genuine attempt at an authentic portrayal of the life and times of the artist; his passions, his art, his battles and his demons. It is ultimately the multitude of issues that the film tries to tackle that becomes its undoing. It also has a subtext about the freedom of expression for an artist, which has become a hostage in present India. Randeep Hooda puts in a fine performance as the protagonist. Definitely among the better Hindi movies of 2014. 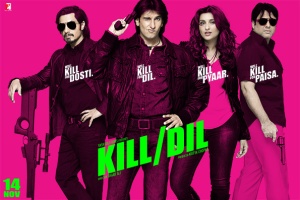 Shaad Ali who made his name through movies like ‘Saathiya’ (which I like) and ‘Bunty aur Babli’ (which I dislike) returns to helm the affairs seven years after the disastrous ‘Jhoom Barabar Jhoom’. The hibernation for seven years seems to have done no good and exposes the rustiness of the filmmaker. Two abandoned kids raised by a don turn to crime and proudly finish off 11 souls when a girl walks (rather dances) into their life. The criminals try to reform but find that some things are easier said than done. Ranvir Singh doesn’t require make up to play the stupid youngster who thinks no end of himself. Parineeti Chopra has the same ‘Oh I am so cool’ look she sports in every movie. As for Ali Zafar, he should stick to singing. Thespian Govinda looks better at dancing than being a gangster. The movie is let down by some uninspired music by the Shanka-Ehsaan-Loy trio who also are well past their glory days. The movie tries too hard and it shows. I am reminded of the similar fate of the ‘Sarfarosh’ (1999) director John Mathew Matthan whose second movie was a dud called ‘Shikhar’ (Ajay Devgan, Shahid Kapoor, Bipaha Basu)released in 2005. Moral of the story: Don’t take 6 or 7 year long vacation. 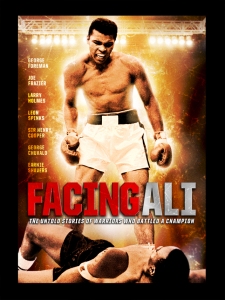 It has been 20 years since there was a rumble in the jungle. Why was Muhammad Ali voted the sportsman of the century? Certainly not just for the punches he could throw. Listening to the people who received the punches, it is clear that the punches were enough.

Eagerly Waiting for: ‘Nightcrawler’ because it is generating rave reviews.

Did you know: ‘Casino Royale’ was the first James Bond movie approved by the Chinese censors.