A cross between a movie and a documentary, Eagle Huntress tells the tale of a girl and her attempt to break the glass ceiling in the wilderness of Mongolia. The Eagle Huntress is an ode to women and all those who want to take a shot at changing the status quo. The film soars as it progresses and takes the viewer on an unforgettable journey with the stunning Mongolian landscape adding to the ethereal beauty of the proceedings. The movie is certainly one of the better photographed ones in recent times but all the credit must go the protagonist who keeps it engaging throughout the 87 minutes. Those 87 minutes just fly away. Highly recommended. 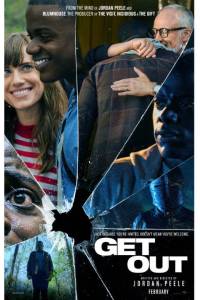 There is a lot of mischief in ‘Get Out’. It is subversive, suggestive and sufficiently subtle. At the same time it does not hold back its punches. At its core, it remains a thriller but the racial dimension elevates the movie to another level. ‘Get Out’ is undeniably one of the best movies of the year and it earns its stripes with the solid screenplay and unconventional plot. A black man with a white girlfriend visits her parents for the first time. He gets more than what he bargained for and then he must get out or be killed. Expect no mercy from the director or any show of overt sentimentality. Fasten your seat belts for en edge of the seat thriller worth every penny that you will pay for.

Based on a Rolling Stone article which led to the resignation of a top General in the US army, ‘War Machine’ is a commentary on the triumphs and trials, more so of the latter, of USA in the Afghan war. A workaholic General is put in charge of salvaging the Afghan operations of the ‘Coalition of the Willing’. He believes that he can turnaround the situation by makes the locals allies in the war on the Taliban. His simplistic approach does not cut much ice and he then enters into a game of chess, bordering on the silly, with the US administration. The movie meanders a lot and is akin to a documentary puzzled together by a crew. There is no plot and when the finale occurs, the viewer is bewildered by the sequence of events. The saving grace is that the events are relatively engaging but the question of what was all that about is the one that lingers as the final credits roll.

Miss Sloane is the best movie I have seen in 2017. It is also the best thriller I have seen in years. It is the most slick and well written movie I have seen in years. It is a cat and mouse game and even the veteran film-goers will find it difficult to guess the twists and turns the movie offers. Jessica Chastain plays the title role of a lobbyist with panache. She is a force of nature in her best performance after Zero Dark Thirty. The best thing about the movie is that it has a logical and coherent script which requires your full attention. If you blink during the movie, you may miss something vital onscreen. I am already a fan. Must watch.

After being pilloried by critics (and deservedly so) for many of his last few movies, Manoj Night Shyamalan returns to form in ‘Split’. With the use of some pseudo psychology, Shyamalan conjures up a story of a man who has close to two dozen personalities. James McAvoy seems to relish the role offered to him and plays it to perfection. Besides being a thriller, ‘Split’ brings in a considerable amount of philosophy and innocence into its theme. To the director’s credit, it never gets preachy. The box office numbers also vouch for its entertainment value. Made with a budget of less than a million, ‘Split’ grossed close to 140 million dollars. 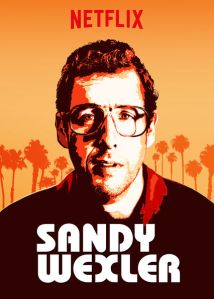 Love him or hate him, Adam Sandler is the darling of  Netflix. His viewers could not be bothered with the critical reception of Sandler’s movies. He is one of the most watched stars on the Netflix platform. So he goes ahead and writes a story based on his long time manager. That movie is Sandy Wexler. Nothing great but mildly amusing with two or three funny scenes. That is enough for Sandler fans. If you are a Adam Sandler fan you may enjoy it. Better still, you can watch it on your next flight when you have nothing much to do other than inhale the recycled air. Even if you fall asleep doing it, you would not miss anything.

Keanu Reeves has a dead emotionless face. Or a hit man face, if you prefer. He fits the profile of the cold and efficient hit man in search of a reason to kill. The sequel to John Wick scores high again in the choreographed action sequences where flying bullets seem to have poetry writ on them. The setting is Rome and that does not hurt. If you liked the original, you will love the sequel. In case you missed the sleeper hit original, the sequel may be a good way to catch up on a movie which is as much fun as it is mindless. 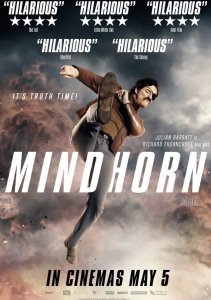 Mindhorn is the typical British comedy filled with irreverence and a bonkers plot. A yesteryear star is called upon to aid the police in murder mystery. With the dual mission of resurrecting his career and finding some reason to be alive, Mindhorn accepts the invitation which is a convenient excuse for him to go on a nostalgia trip. Filled with characters who have that one Achilles heel in their personalities which make them in turns endearing and unreasonable, the movie delivers some genuine moments of humour. Those moments are not frequent enough and the movie sometimes descends into a charade.

The story of a child genius whose deceased mother shared the same description. The child who is in the custody of her uncle faces a legal quagmire when her grandmother enters her life. Though the plot has some loopholes, it is a generally satisfying movie to watch. The peripheral characters like the teacher at the school are forced into the screenplay and probably should not have had the screen time provided to her. Nonetheless, a decent one time watch for the thematic elements. 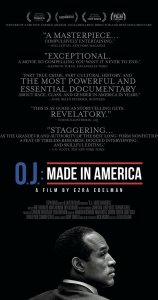 Although this documentary is close to eight hours long, it never gets boring or tedious. In fact, it is as good as reading an expert commentary on the saga of O J Simpson with a running thread of racial tensions in the US in the decades leading up to the infamous double murders. More than the fall from grace of an all American hero, it is the race relations and the justice system which are under the microscope. An illuminating documentary and worth the effort.

Eagerly waiting for: ‘An Inconvenient Sequel: Truth to Power’ because Al Gore can tell the truth on climate change, once again.

Did you know: ‘An Inconvenient Truth’ is the first documentary to win two Academy awards.