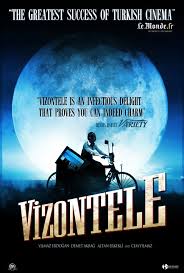 The introduction of television in a remote village in Turkey changes the social fabric of the place and also disrupts the ‘entertainment industry’ in the region. Sometimes simple stories that tell the lives of ordinary people are the most powerful. This is one such story. Watch it for the rustic appeal that it brings and also for the performances in a simple story.

This French Palme d’Or winner is a slow burning masterpiece because it is only in the latter stages that it reveals itself.  A young couple go to the extent of exploiting their newborn to make money. The movie takes a swipe at the social security system in France but in the end it is about the complexity of relations in a young family with a baby. Highly recommended. 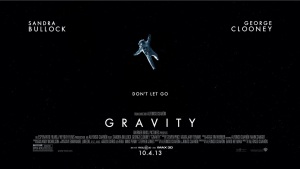 I think that that the special effects in Gravity are perhaps the best in the history of cinema. I am willing to put my money on ‘Gravity’ scooping the Oscars for ‘Special Effects’ and ‘Cinematography’. It is a very simple tale of astronauts trying to stay alive after a wreck in space. The movie should be seen in 3D where your eyes will savour every moment of it. The roles are tailor made for George Clooney and Sandra Bullock. (Spoilers ahead) There are some excellent scenes like the one in which Clooney is imagined to be entering the space station again. It reminded me of ‘127 hours’ where too the protagonist goes for a final push when trapped in what looks like an insurmountable problem. Two thumbs up for one of the best movies of the year. 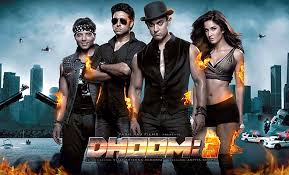 I walked out of the movie hall midway through the movie. Enough said.

Excellent animation is let down by an under cooked screenplay in this sequel to the much loved original. The animation looked very good in 3D but the story was as predictable as the goal celebration of Alan Shearer.

James Albert has a way with cooking up stories that neatly fit into a jigsaw puzzle by the time the movie ends. Add to that the visual spendour of Lal Jose and you get this movie which starts a bit slow but picks up tremendously in the second half and makes it a movie worth watching during this festive season. The story involves the events that unfold in the seven days leading to the marriage day of the lead actor. I wish I could watch this movie with someone else once more. (Spoilers ahead) The way small incidents and misunderstandings totally change the lives of people is brought to the fore here. Though it is just a story, that tinge of sadness descends on me when I get to see people in love being torn apart by the actions of others. I thought that in some strange ways, I could relate to the protagonist.

The director should take a bow for this one. It is a very original piece of work and one of the must see movies of the year. Mohanlal reminds us that he still has it in him to pull off a very memorable performance but Asha Sharath ( I had to Google to find out her name) as the Inspector General of Police has gone one better than him. I think that her portrayal of a police officer who is also a mother is pitch perfect. In the end the acclaim should go to the director who also wrote the screenplay. It is a genre defying film. It can be called a thriller, a crime investigation or a family story. In the end it is all that and more. Two thumbs up to certainly one of the best movies of the year.

A woman’s fight against human trafficking involving young girls. It is set over a day when the lady and a young man go in search of the same people. There are some loopholes in the plot but all that is forgiven because the film has its heart in the right place. Shobhana sparkles on screen. The brisk pace, cinematography and editing are proof that Vineeth Srinivasan is a director who has a very good idea about the commercial aspect of movie making. After a breezy romance in his earlier film, he shows his ability to take risks with a radically different subject. A must watch just for the intent and sincerity.

It is sad and funny that after ‘Thira’, I am reviewing ‘R… Rajkumar’. I would have walked out of the movie if I had seen it in the theatre. I have serious issues with the portrayal of women in this film. The film is set in a patriarchal society which gives two hoots about the rights of women. They are ill treated and beaten up as if it is a routine thing to do. The hero goes after his girl as if she is some trophy to be won. He stalks her and literally salivates every time he sees her. The lyrics are obnoxious and caters to the lowest common denominator of the audience. The real icing on the cake is the woman herself. She says to one of her pursuers in public that if he wins against her lover, she will take her clothes off for him. Seriously? I almost died when she said that for the second time. 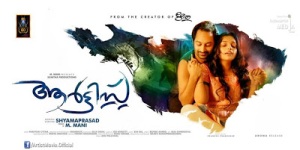 This one from Shyamaprasad is another movie which I will not forget very soon. It has a thought provoking story and raises questions which are difficult to answer. A young girl drops out of college to marry her college mate. She gets thrown out of her family and then her life becomes a succession of tragedies. Ann Augustine gives her best performance till date in this film. The film is a scorcher and has a very nice story to tell. Highly recommended.

Peter O’Toole is often remembered for the largest (8) unsuccessful acting nominations at the Oscars but he was a screen legend on his own right.

One of the most memorable opening sequences in a movie sets the stage for an epic stretching across countries and faiths. It tells the story of a British officer with confused loyalties. Peter O’Toole is what this movie is remembered for, even when he was not a part of the 7 Oscars it won. 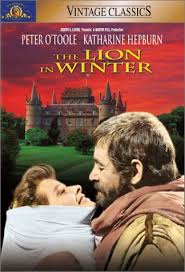 Set in the 12th century, this film follows the inner court shenanigans during the final days of King Henry, the 2nd. The queen and the three son’s battle it out for the throne in this classic. Must see.

Peter O’Toole got his final Oscar nomination as an actor for playing a dirty old man whose life changes when he gets young female company. Not a classic but not a boring one either.

How different people in a family remember the same person? Quite differently. One of the top 10 documentaries of the year.

Eagerly Waiting for:‘Dallas Buyers Club’ because it is rumoured to be among the Oscar favourites.

Did you know: The first in-flight movie was The Lost World (USA, 1925), shown during an Imperial Airways flight from London, UK to Paris, France in April 1925.