Just as there is ‘Pulp Fiction’ in ‘Fiction’, there is ‘Pulp Action’ in ‘Action’ and the Chinese are quite good at it. Here, the ‘Pulp’ refers not just to the crass commercial aspect of the movie but also the fact that some guys are beaten to pulp in mindless action. Still, a little bit of fun never killed anyone. ‘Iron Monkey’ for me, is the pinnacle of such movie making. With spectacularly choreographed sequences, nail-biting action and awe inspiring set pieces, this is a film that one should not miss. Even after two decades this film remains quite a show. In case you are interested in the plot, a doctor puts on a mask and fights corruption. The plot is just incidental. Enjoy. 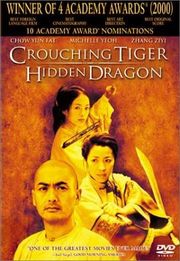 There is scale. Then there is ambition. When these two combine, you get ‘Crouching Tiger, Hidden Dragon’. At times it gets grandiose but who does not like to suspend disbelief once in a while? Watch warriors walk on water, fight atop bamboos, flash swords without a care in the world in a monumental film of epic proportions which will leave you asking for more. The major advantage of this movie over ‘Iron Monkey’ is that it has top class actors and a solid story to tell. Above all, it has Ang Lee at the helm. It is a reminder of how versatile a director he is. It is the mark of a genius to have done films as varied as ‘Sense and Sensibility’, ‘Hulk’, ‘Brokeback Mountain’, ‘Lust , Caution’ and ‘Life of Pi’. 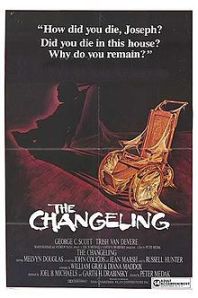 A man recovering from a terrible family tragedy moves into a large house. It takes him time to realize that he has company he never wanted. ‘The Changeling’ has some of the best horror scenes I have ever seen. It gives an eerie feeling similar to ‘The Shining’. The film is a George C Scott show all the way with the thespian being present in almost every frame. The ending is a bit convenient but then the ride compensates for the destination.

An Ice Hockey team down in the dumps and facing closure finds an ingenious way of roaring back to winning ways. This film is not about Ice Hockey. In fact, at times it feels like a movie on boxing. I don’t know whether Ice Hockey was played like the way it is depicted in the movie. If so, it has come a long way. The movie is a farce and the good part is that it does not matter. The end scene lends some gravitas to an otherwise out and out entertainer.

There have been few heroes in the world of fiction like lawyer Atticus Finch. Gregory Peck is Atticus Finch is this classic film adaptation of the classic book by Harper Lee. The protagonist defends an African American in the South against false charge of rape and in the process teaches his kids to stand up against prejudice and racism. Gregory Peck gives the performance of a lifetime. Must see. 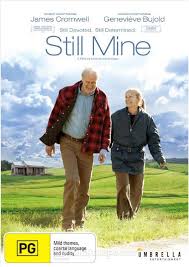 One of the best films of the year. Highly recommended. An old couple, still strongly in love after 6 decades of marriage decide to build a new house. They run into the establishment in the process and also tackle the memory loss of the wife as they go along. Excellent writing and some memorable performances make it a film that deserves your full attention. If I had a vote at the Oscars I would have given this film a few of the statuettes.

Apparently the book on which the movie is based was a bestseller. Either the movie does not do justice to the book or the author got lucky. An American girl in England has to stay put with her love as the world is facing a nuclear meltdown, in this movie set in a not too distant future. It really requires an effort to remain interested in this film after ten minutes. None of the characters are likeable. I wouldn’t have really bothered if the protagonist disappeared midway through the film.

I am mighty disappointed with animation movies nowadays because they have started to look the same. ‘The Croods’ is no exception and relies on the same tired gags and subplots. Hope that they rediscover the spark in those animation studios. As for this one, the kids may like it to some extent. Otherwise, off the mark.

This documentary should be viewed on the big screen. To call the images stunning would be a gross understatement. You almost forget that you are watching a documentary on global warming. Ice never looked so cool.

Eagerly Waiting for: ‘Out of The Furnace’ because it has a red hot cast in Christian Bale, Woody Harrelson, Casey Affleck and Zoe Saldana.

Did you know: Full length feature films (except foreign language films) should run with paid admission for at least 7 days in Los Angeles to be considered for the Oscars.