This drama on the lives of five free spirited sisters in Turkey, is in turns poignant and triumphant. In a deeply patriarchal society where older women are accessories to reinforce the system, the resistance of two of the sisters to chart their own course forms the heart of the story. Shot in Turkey, this film is also France’s entry at the Oscars and rightfully earned its nomination in the Foreign Film category. It may not be off the mark to say that the movie depicts the creeping religious extremism in a once liberal Turkey. Starting on a low gear the movie gains momentum and becomes a tour de force as it progresses. At some point in the movie it feels that in some societies the only expectation from a woman is marriage; a marriage in which she has no say whatsoever.

The cast and crew of the movie deserve plaudits for the original vision and performances. The climax of the movie is an optimistic one but feels out of place and unconvincing based on the narrative till that point. For all its infirmities, ‘Mustang’ is still one of the best films of 2015. Must see.

Charlie Kaufman is one of my favorite screenplay writers. I thoroughly enjoyed his creations like ‘Eternal Sunshine of the Spotless Mind’, ‘Adaptation’, and ‘Synecdoche, New York’. In ‘Anomalisa’, he addresses the all too familiar issue of mid-life crisis with an unfamiliar technique. With only three actors voicing this motion capture format movie, the scenes are thankfully not belittled by the limited budget. A rock star sales professional who focuses on customer experience and his mundane life form the core of the movie. Mildly dull at times, Anomalisa’s saving grace is the philosophical tinge that permeates the movie. At its center, the movie is a deeply sad one with disturbing visions on solitude and love. Charlie Kaufman is in his elements when he taps into the small things that make life, dissects them and holds a mirror to the daily life. The only grouse I have with this movie is that it would have looked much better if it had been shot in the conventional format with real people.

Based on the famous psychology experiment conducted at Stanford in 1971, the movie captures the behavior of students when they were segregated to prisoners and wardens in an experimental prison. As a classic case of how people respond to authority and power, the experiment itself was quite illuminating. This motion picture tries to capture the essence of what happened behind the scenes. At times revealing and at times painfully monotonous, the movie is dogged by the inconsistency of the material on screen. It is of interest to note that even unimposing characters show an air of supremacy when granted powers to lord over people. The high quality of research at top universities and the lengths to which researchers go can be understood with this showcase research phenomenon. The movie is recommended only for those with an interest in delving into the dynamics of power within a hierarchical system.

Emily Blunt plays the role of a FBI agent who is coerced to ‘volunteer’ to be part of a team fighting the drug cartels in the area of US-Mexico border. The opening scene sets the mood and pace of the movie but as the movie progresses only the mood is retained. Painfully and unnecessarily slow in certain segments, the movie bursts into life in fits and then returns to dormancy. Sicario’s subject matter is not refreshingly different from movies which have dealt with the same theme. Its beauty is derived from the spellbinding cinematography of Roger Deakins and an engaging music score. It is a pity that Deakins may well lose out to Emmanuel Lubezki at the Oscars. Emily Blunt, whose vulnerability is exposed as the movie progresses, adds her weight to the proceedings. Her anger and fear as her role in the mission is revealed is where the movie rises a notch higher than the movies of the same genre.

With a dozen Oscar nominations and a few Golden Globe wins, ‘The Revenant’ is in the driver’s seat for the ongoing awards season. It tells the true story of frontiersman Hugh Glass who was left for dead by his team in the wild with only the crushing winter for company. Director Innaritu follows his trademark hard hitting style he has carried from his directorial debut Amores Perros (reviewed in the first edition of this blog). The film opens with a scene similar to the opening sequence of Saving Private Ryan. Many movies have tried to copy that template of a high voltage opening scene to grab the attention of the viewer but very few have been successful. ‘The Revenant’ belongs to the latter category. Then the movie gets into its subject matter where DiCaprio is mauled by a bear. That scene basically checks out the Oscar for best makeup. Then our hero goes through all sorts of trials and tribulations. That checks out the ever elusive acting Oscar for DiCaprio. Finally the effort to act in such a demanding movie may be the only way for Dicaprio to get an Oscar rather than the acting itself.

The movie was shot only with natural light. That means that the crew had to plan shots and utilize the limited time in a difficult terrain to film. The scenery is engrossing and at times intimidating. Unlike last year’s ‘Birdman’, Emmanual Lubezki does not make the presence of his camera apparent and yet delivers one of the most exquisitely shot movie of our times. It is hard to see him not getting a hat trick of Oscar wins. The movie unnecessarily blends in other themes which are irrelevant to the central theme and create distraction. Now the question is about the best Film and Director. This will be a tight call because as an end product the film is spectacular but boring for much of the latter half. More on the predictions in my annual predictions issue before the Oscars. One category the film will not win is the Editing. As the film moves towards the climax you cannot be faulted if you are thinking of what to do after the movie. It does get tedious at some points but the movie is spectacular at some other points. Watch it for the spectacular points.

‘Creed’ has been in the news for the Oscar snub delivered to its African-American director and lead star. The truth is that purely on the basis of merit that is a fair decision and so is the Oscar nomination for Sylvester Stallone. Creed is a good movie but not a great movie. It plays highly on nostalgia and extracts every ounce of the popularity of the ‘Rocky’ franchise to build its story line. The only one who puts the nostalgia to good use is Stallone who delivers the best performance of his career as the retired champion who takes the son of his great opponent under his tutelage. Full of sports movie cliches, the movie succeeds by keeping it grounded and anchoring the story on the capable shoulders of Stallone. 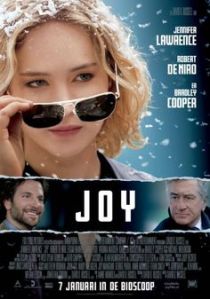 The third collaboration of the team of Director David O. Russell, Jennifer Lawrence and Bradley Cooper after ‘Silver Linings Playbook’ and ‘American Hustle’, this movie is the weakest of the lot. In a role which doesn’t suit her Jennifer Lawrence still delivers a very competent performance but the word competent cannot be associated with anybody else who was involved in the making of this movie that meanders like a river before fading into irrelevance. The story is inspired by the life of the inventor of a long lasting ‘revolutionary’ mop and sundry other products. The mop looks to be a very good product but the same cannot be said of the movie which is tiring and directionless in large parts. Wish mops could mop up the remnants of such movies. 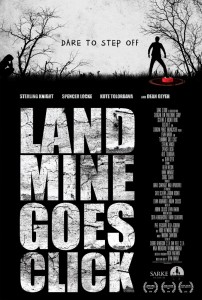 An entertaining revenge drama told in the format of a thriller makes this movie one of the better independent films of 2015. A group of friends in a remote location face an unexpected challenge when one of them steps on a landmine. Their efforts to rescue him lead to a series of events which extend much beyond the landmine itself. Delightfully directed and enacted, the movie is definitely worth a watch.

Well written comedy with good dialogues is a hallmark of Greta Gerwig movies. So is the case here. Greta plays a happy go lucky lady with a severely inflated image of her caliber. In reality she is just good at talking and has no plans or the will to implement plans. An episode in her life is told through the eyes of an outsider. The good thing about the movie is that the characters stay true to their roles and are able to connect with the audience. Good viewing especially if you have no great expectations.

A couple lost in the woods get attacked by a bear. There could be an Oscar competition for the best bear between the bear in this one and in The Revenant but both of them are a tribute to the way computer effects have helped in movie making. As for Backcountry, it is a movie in which the tension builds up slowly but surely. All hell breaks loose in the last 20 minutes of the movie. Some of the scenes are too graphic and meant only for those who can stomach them. Otherwise, worth your time.

A documentary chronicling the popular uprising in Kiev against the government. Nominated for Oscars this year, the documentary follows a dateline to show the events that unfolded in the anti-government agitations but is restricted by its inability to get the point of view of the opposing side.

Eagerly waiting for: ‘Kung Fu Panda 3’ because three is a charm.

Did you know: 94% of Academy Award voters are Caucasian and 77% are male. Only about 2% are black, while Latinos compose less than 2%. Oscar voters have a median age of 62. People younger than 50 constitute only about 14% of the membership. (Source: LA Times)