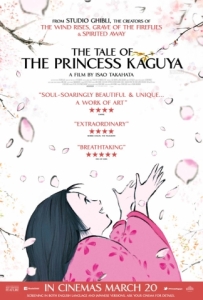 Coming from the legendary Studio Ghibli, this modern masterpiece in animation tells the story of an enigmatic princess whose life becomes entwined with the fate of a farmer couple. Though upstaged at the Oscars by the trashy ‘Big Hero 6’, this tale from Japan will be the one that stands the test of longevity in people’s memory. The movie is a mature piece of filmmaking with a screenplay which could have been made into a fantabulous film even if it were to be made with real actors. Highly recommended. 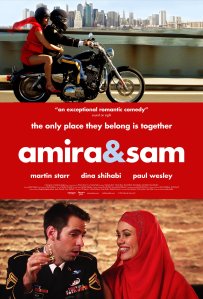 Sam is a war veteran and Amira is an illegal Iraqi immigrant in the US. Sam is a man of few words but is self assured and easygoing. Amira is boisterous and prone to rash decision making. They fall in love. This happens after more than half of the movie is over. Still, the movie is about romance. It is about normal people falling in love without any mushy dialogues or lilting background score. It is also about current realities; about issues like racism, white collar crime, PTSD and immigration. The movie sometimes bites off more than it can chew and the climax is an easy way out for the scriptwriter. For all its flaws, it is a simple story with good dialogues and is quite a breeze to watch. 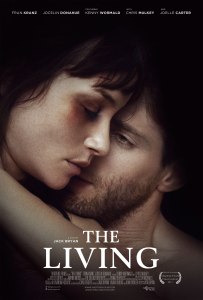 A brother takes up the responsibility of dealing with his abusive brother-in-law. He hires a hit man to “take care” of the situation. What follows is beyond his expectations but to start with it would be unfair to say that he had any idea of what was to follow. In this determinedly average thriller, the thrill itself is the missing ingredient for a large part of the movie. With deadpan expressions from baby faced actors, to dialogues which seem to have been made up on the spot, the movie lets go of an opportunity and thereby becomes an average thriller which is value for money when it comes for free viewing on television. 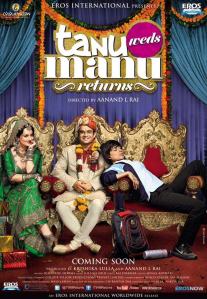 First things first. Kangana Ranaut is one of the finest actors in India now. She has achieved success without piggybacking on the triumvirate of Khans. She has even won two National Awards (winning only one does not count because that group includes duds like Saif Ali Khan, Karishma Kapoor and Raveena Tandon). She even gets the Haryanvi accent spot on.

Now the real deal. (spoilers ahead) ‘Tanu Weds Manu Returns’ is the kind of movie which comes on a wave of media hysteria that dubs it entertaining and with a push from paid reviews which rate it as nothing short of phenomenal. Anand L Rai is a past master at this type of promotion. The original to this sequel and ‘Ranjhnaa’ were equally worthless movies which appeal to perhaps that section of the audience to whom the black buck hunting Khan appears to be human. This movie is about a psychopath wife who leaves her husband in a mental asylum and finds joy in wrecking a marriage proposal by appearing clad only in a bath towel. Her estranged husband wants to marry a girl he has just met because she is his wife’s doppelganger. Her former boyfriend also wants to marry the same girl for the same reason. Talk about character and beauty being skin deep. As if one psychopath was not enough, the Haryanvi body double seems to have no clue about what is happening. She agrees to marry a man she hardly knows and who is double her age. She spews some rhetoric about women’s liberation and finally to top it all, stops her marriage literally half a second before it is sanctified. Then she goes and cries privately. Meanwhile the original diva who was sitting through the whole farce without a twitch of the eyebrow suddenly jumps up to retake the clearly confused husband. There is even a ‘progressive’ side track when another husband joyously accepts his cheating wife and a child born out of wedlock. If that is not enough there is another side track in which a man thinks that kidnapping a lady is the best way to show his love for her. Such a mockery of the audiences is celebrated as good film making. The movie may work with small town audiences who are waiting to be ‘entertained’ and for firm believers in the herd mentality. For others it is a reminder that the juggernaut of Indian media will run over you and blame you for the misfortune even when you are on the sidewalk. 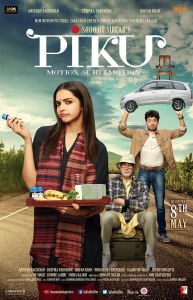 There is a scene in the movie when Irrfan asks Deepika, “Do you speak only about this all the time?”. ‘This’ here refers to shit. It is not surprising to know this because the writer of the movie is the same one who wrote ‘Vicky Donor’. She just migrated from sperm to shit. She tells the story of an unmarried daughter and her people repellent father who goes out of his way to alienate people. The major part of the story is about his bowel movement. That must be a cinematic first. For a movie which meanders along, the only saving grace is Irrfan Khan who brings some semblance of order to a script which is going nowhere. Even when it hurtles towards a predictable end, the screen presence and authentic performance of Irrfan Khan keeps the movie from becoming a cure to insomnia. Screen legend Amitabh Bachchan delivers a performance that does no harm to his reputation. That clearly cannot be said of Ms Padukone who seems to think that doing low budget art movies will make her a better actor or give her wider recognition. 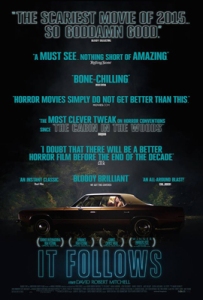 Undoubtedly the best horror movie of 2015, ‘It Follows’ tells the story of a woman who has to accept the fact that a supernatural force is following her. She then has to find the reason why she is in that peculiar situation. With a background score that induces trepidation, this is a movie that demands your full attention. It is also a timely reminder that certain done to death genres can still be reinvented for one final hurrah. Highly recommended. 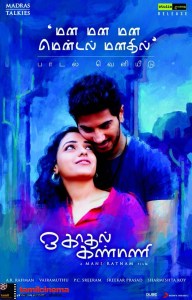 After box office bombs like ‘Yuva’, ‘Raavan’ and ‘Kadal’, director Mani Ratnam returns to his home territory of unconstrained romance with the half cooked ‘OK Kanmani’. With scenes which look eerily similar to ‘Saathiya’, the young romance is a confused tale with ambiguity writ on its moral moorings. ‘OK Kanmani’ wants to be modern without appearing to lose its traditional values. (Spoilers ahead). The movie supports live-in relationships and even has a scene where the lady pulls the man’s leg by suggesting an engagement. The irony is not lost on anyone when they get married in the climax of the movie. One is left wondering what all the fuss was about. Unfortunately, the cause of the movie is not helped by the fact that the scenes of high energy that appear on screen seem more fake than real. Mani Ratnam cannot even chuck the mandatory train scene which is there in all his movies. It only shows the slow decline of a film maker who was once the most sought after in India. 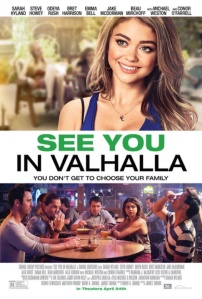 There is a line in the movie, “If we didn’t have the bad stuff, then how would we recognize the good?”. Now I know how good the other movies are. 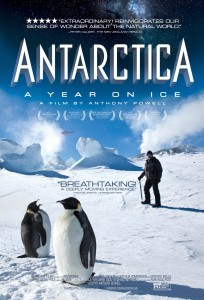 A year of living in Antartica. Get the biggest screen possible. The visuals are jaw dropping.

Eagerly waiting for: ‘Masaan’ because it is an Indian film which won two awards at Cannes. That is what you call a black swan event in cinema.