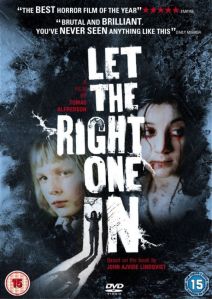 I am not sure whether this is a horror film or a thriller and I am not too bothered by which genre it belongs to because it keeps you on the edge of your seat without you even knowing it. Credited with reviving the left for dead (no pun intended) vampire movie genre, this is a movie which will redefine your cinematic sensibilities. A young boy falls in love with a girl who happens to be a vampire. The girl returns the love by taking care of the people who bully the boy. The boy also helps her with occasional supply of blood which quenches her thirst. An odd love story where you will root for a vampire. Classy. Still not convinced? Watch the swimming pool scene.

Animation is imagination on the big screen. ‘Spirited Away’ takes you on a journey like no other and shows the world that some of the best work in animation happens outside Hollywood. A girl and her wonderland. That is pretty much what the movie is about but they made it into an animation classic they swept the awards at places like the Berlin International Film Festival, Sundance and ultimately at the Oscars where it beat Ice Age to deservedly land the nod for the Best Animation Picture. Along the way it found fans like James Cameron. To date, it remains one of the best animation movies ever made. There must be some reason when it is the first animation picture I chose to write about in my blog.

Legend has it that when the movie was screened for the first time for European audiences, some critics walked out midway through the movie. Nearly 60 years later, the reputation of the movie as a timeless classic has increased with every passing year. With a haunting background score by Pandit Ravishankar, the movie remains a masterful study of people. The mundane life of a peasant family in rural Bengal comes to life  in a motion picture which flows like a river with hardly a moment to pause. It is sad that not many in India have seen the movie in recent times. Essential viewing. 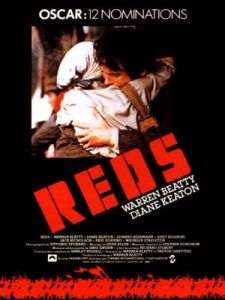 Warren Beatty had staked his reputation and much more on this classic which took a long time to make but when he finally made it, it became the best picture on the communist movement in USA. For a country which sees the devil in the word ‘socialism’, it is also a reminder that there was indeed a communist movement in the country. Spanning a long and critical period in world history, the film takes you to locations around the world along with its protagonist. The story is based on real events. There is a good love story running parallel to the theme and I think the movie has the best performance of Diane Keaton. One of the most poignant scenes I have seen on screen is the climax of the film when Diane Keaton goes to get some water and sees a child. The movie makes you wonder about the glorious possibilities of history.

The last great Western. Men are called upon to avenge the dishonouring of women. Well, if life were were so simple, we would not have Westerns. Clint Eastwood’s return to greatness is marked by this revenge drama which like most of the movies of Eastwood in the last two decades deals with the idea of justice. When law fails, it is left to the outlaws to make the world a better place. This, like last week’s ‘Road to Perdition’ is my kind of movie. Strong screenplay, great dialogues, nuanced performances and a great story to tell. Clint Eastwood plus Morgan Freeman is the formula for magic on screen. Throw in Gene Hackman and you get some twisted magic. Must see.

An illegal immigrant anchors his dreams for his son on owning his own business without getting caught by the law. The performances are really good, especially the one by the lead actor Demian Bichir who leads a life of quite dignity. His restraint in the car park scene is in stark contrast to the reaction of his son. The movie is effective in showing the distressed lives of illegal immigrants in the USA. It is a one time watch. I had this nagging feeling that the movie is an advertisement for Obama administration’s immigration policies. Well you see, the child can stay on. 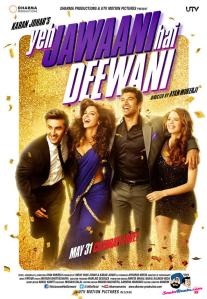 Since it is produced by Karan Johar, I had very low expectations from the film and for this reason I could sit through it. It does have some good dialogues in the second half. It was not bad as it was expected to be, but it did try hard. For starters, Karan Johar thinks that the nerd girl to cool babe transformation is achievable by replacing spectacles with contact lenses. From Preity Zinta in Kal Ho Naa Ho to Deepika Padukone in this flick, his heroines fervently believe in this formula. In fact, Deepika goes one better. She transforms herself like Kajol in Kuch Kuch Hota Hai. To be sure, boys and girls cannot be friends. They have to fall in love too. Oh, I almost forgot. Everything is resolved at destination weddings where the radical girl has an arranged marriage. To complete the cliches, there is the dumb beauty too. Just for the record, Hamdard Rooh Afza is any day better than the Pepsi Ranbir Kapoor endorses. If you have forgotten the Indian movie formula and want to revise it, watch the film. 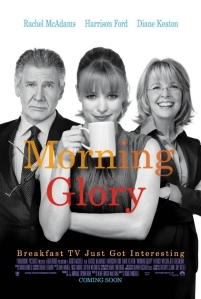 This movie is also way too predictable. It has some nice touches though. Rachel McAdams is a producer of a television show running on life support. She gets two veterans to come on board as hosts and together they try to make things better while fighting each other. Strictly for weekend viewing when you have nothing much to do. 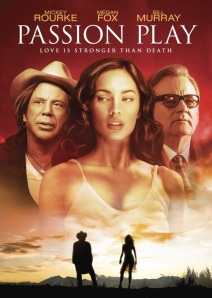 Megan Fox as an angel with wings, waiting to be rescued by Mickey Rourke. What were the writers smoking? Right up there in the list of worst movies to have come out in the last 5 years, the movie has no reason for its existence. For those thinking, what happened to Rourke after ‘The Wrestler’, this movie is a reminder that it is not for nothing that he has a bad boy reputation. Watch at you own risk. 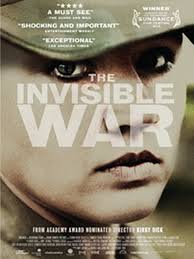 The story that was swept under the carpet far too many times finally becomes public. The documentary exposes the lopsided policies of the US Government against women in the military while telling the story of sexual abuse in US armed forces. Hard hitting. Must watch.

Eagerly Waiting For: ‘The Wolf of Wall Street’ because Scorsese and DiCaprio together make great movies.

Did you know: ‘Midnight in Paris’ was Woody Allen’s biggest box office success.