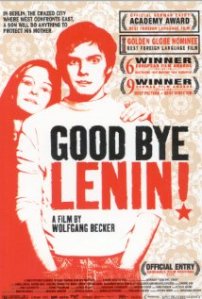 A mother in East Germany goes into a coma for 8 months. When she returns from it the doctors tell her son that she should not be subjected to any exciting or upsetting news. Not a big deal under normal circumstances but the circumstances are far from normal as East and West Germany happened to be unified when she was in the coma. To make matters worse, she happens to be a staunch supporter of East Germany. Now her son must go the extra mile to create an illusion of East Germany for his mother. The film tells the story of his efforts (often with hilarious results) at trying to achieve that. This heartwarming tale is as personal as it is political. In trying to recreate East Germany the film delves into what the change really means for the man on the street. It is a an easy watch. Recommended.

This film from Hong Kong which is the original of ‘The Departed’ is so good that it is the only instance in the history of Academy Awards that the award for screenplay went to a film already made in another language. Made at a fraction of the cost of ‘The Departed’, it is considered by many to be better than the remake. The story revolves around a crime syndicate which has a mole in the police while the police also have their man inside the syndicate. The race is to find out who will expose the other first. Racy and with more twists than any movie in recent history, the film is told at a pace which will keep you at the edge of your seat. Crime has always interested me as a genre and if you share the interest, this is a must watch film. 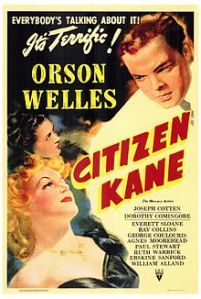 If I had to make a list of movies to see before I die, ‘Citizen Kane’ would be in the top three. Words are not enough to describe this monumental piece of film making. No wonder that it has consistently (except for the last vote) topped the list of American Film Institute’s poll for the greatest movie of all time. Though made in 1941, it has never bored me on multiple viewings and each time I have discovered something new. Besides a great story told in the most engaging way, the movie was groundbreaking for the innovations in shooting and lighting it brought to the world of cinema. It was the first film to use ‘deep focus’ which is evident in the scene in which the child is seen playing outside the home as the parents discuss inside. It introduced many innovations including shots of the camera passing through objects and the sense of lighting in the film is unrivaled. The maniacal passion of Orson Welles is transformed onto the screen. The film was cruelly neglected at the Academy Awards due to pressure from businesses which were purportedly depicted in a poor light in the movie but with each passing year the film has gained in stature. The story is that of a business magnate who dies with his last word being ‘rosebud’. The film is a journalist’s attempt to decipher meaning of the word and this takes us on an biographical account of the protagonist. Don’t miss the greatest American film ever made.

Winner of nine Oscars, ‘The English Patient’ is the closest to poetry in cinema. Each scene has been choreographed to perfection  so much so that even violence looks poetic. Unforgettable images which are too many to mention. The film is based on the international best selling novel by the same title. The story has been modified and ends before the novel ends. The effect of adapting from a well written novel is that the words are weighed before they are spoken. Not even a sentence is in excess. The film revolves around a spy who feigns memory loss when captured by Allies during the Second World War. Like him, all who deal with him are also going through the loss of their loved ones. The bed ridden spy who is awaiting his death has a passionate and ultimately doomed love story to tell. This is not the type of movie everyone will enjoy. It requires patience and heightened cinematic sensibilities to fully appreciate what is on screen. It is also one of the few movies which led me to despair at the unfolding human tragedy on screen. An absolute must watch in my opinion.

There are some movies which have so many good dialogues that you are willing to remember a few of them. “You make me want to be a better man” is one of the most romantic dialogues I have ever heard. The movies is not all soft and sweet. On being asked how he rates women so well, the novelist replies, ” I think of a man and then I take away reason and accountability.” The movie is the story of a misanthrope who has a soft core and who keeps away from people to avoid being hurt. I absolutely adore the dialogues in the movie but the best part is that all the characters are so well etched out and the casting is also good. Even the fringe characters have some really good lines. Again a must watch if you ask me.

An autistic young man’s efforts to be self reliant. The movies is an above average attempt and has good dialogues and acting. It does not have a triumphant tone or any sense of fatalism. It keeps things practical. With little more effort it could have been a really good movie. I am not complaining though.

The idea of the movie germinated after the killing of Osama Bin Laden. If Americans can do it why can’t India get Dawood Ibrahim? The film explores the possibility of such an operation. Since the director is Nikhil Advani who has given only monumental flops after his debut hit ‘Kal Ho Naa Ho’, I was expecting a pathetic film but I am happy to report that the film moves so quickly that it papers over the lack of logic until the climax where things get out of hand. Strictly a one time watch and that too if you like action thrillers.

Vikramaditya Motwane is a promising director whose debut film premiered at the Cannes. His second outing is visually rich but he seems to have sacrificed pace for creating a brooding romance which is painfully slow in most parts. Anyone who has read O Henry stories will be able to guess what is going on and what will happen. The movie has its heart in the right place. Wish the editor had the scissors in the right place too. Still, I would recommend this one as it is any day better than the masala movies which rule the roost in India.

What is the point? How many movies will they make like this before they sleep in the sand? The answer my friend, is blowin’ in the wind.

One guy decides to eat only at McDonald’s for a month and tries to monitor how it affects his health. Quite entertaining. It also made McDonald’s change its menu. Now that is what I call an achievement. He also got nominated for an Oscar.

Eagerly waiting for: ‘Prisoners’ because it has Hugh Jackman and Jake Gyllenhaal.

Did you know: Football legend Pele has acted in eight movies and written story for two of them.