As we finish 2018, this year has been the best year for the blog in terms of readership with more than 500 views for each post. A big thank you to the readers across the globe and wish you a merry Christmas and happy new year!

An edge of the seat thriller from director Gustav Moller who uses every trick in the book to keep the viewer hooked on to the proceedings. The movie is a tribute to how sound effects can be used to drive the narrative. With minimal budget and only a handful of characters, the director is able to maintain the tempo of this cracking thriller. The few calls received by a troubled police officer at the emergency helpline form the movie’s screenplay. Must watch for the high concept and innovative storytelling.

I am not going gaga over this movie. It is the third or fourth time that this screenplay or its various versions (discounting Bollywood ripoffs like Aashiqui) are making it to the big screen. For those who have seen earlier versions, there is nothing much in the movie. It is a fine debut for Bradley Cooper donning the director’s hat. Lady Gaga does light up the proceedings with her singing and some of the songs are a joy to listen to. Judged purely on its cinematic quality, this movie is short on its merits. It is a testament to the state of Hollywood that this movie is the most hyped and over billed contender this award season.

Damien Chazelle makes his most carefully calibrated movie with the always wooden Ryan Gosling. As every human knows, Neil Armstrong was the first human to set foot on the moon. He was an enigmatic and reserved person tormented by personal tragedy. Ryan Gosling is weak as Armstrong in an otherwise strong film which starts slowly, picks up pace and has good liftoff towards the end. ‘First Man’ is not everyone’s cup of tea but in the category of tea it is the equivalent of the Makaibari Darjeeling tea: Elite and dwindling in quantity every year.

Coen brothers are back with a bang (well, mostly) in this anthology which stitches together 6 pieces to make what could have been a masterpiece but for the time being just is a good movie. Two of the six stories are misfits in an otherwise good collection. The acting is consistently good and the director duo bring their signature storytelling to all the sections. I especially liked the performance of Tim Blake Nelson. Highly recommended, more so if you like westerns.

While watching this movie and after watching this movie, I have only one question, ” What was all the fuss about?”. Neither a cheesy romcom nor a strong drama, ‘Crazy Rich Asians’ falls flat with its insipid story and howlers in stereotyping. The only instances where Indian origin people are shown in the very multicultural Singapore is when they are hangers on who open doors and do menial jobs. The movie shows a Singapore even Singaporeans will fail to identify with. All the usual stereotypes about tomboys, gay men, Asians etc are paraded without the slightest hint of irony. This in a story about a woman who proudly announces her humble origins throughout the movie and asserts her identity and individuality. It does not help her cause that the story writers use and misuse every cliche including a last minute scene in an aircraft.

Lars Von Trier’s latest movie received copious amounts of boos and walkouts during its premiere at the Cannes film festival. It is not difficult to see why but in a rather twisted way (that is the only way with this movie), the film is watchable if the boldness of the filmmaker can be appreciated. The boldness does border on recklessness at certain points. With references to European horror classics like ‘Don’t Torture a Duckling (1972)’, this movie does push the envelope. For those asking, the movie is about a serial killer told from his point of view of the events. Not for the faint of the heart. 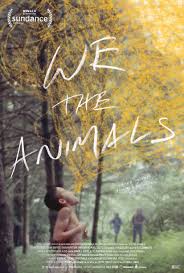 Story of three siblings growing up and discovering themselves. The movie has many subtexts including parenting, sexuality, innocence and so on. What it does not seem to have is an editor who could have cut out large slices of flab, trimmed the movie and made it more appealing. Led by strong performances and a screenplay which promises more than it delivers, ‘We the Animals’ is a lost opportunity. In the hands of a more assured director, this movie could have been something else altogether. 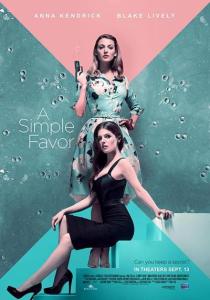 Harvey Weinstein discovery Blake Lively gets on in the act as the busy enigmatic mothers who disappears. Her friend Anna Kendrick is left with the unenviable task of uncovering the mystery. With ample plot twists and turns, ‘A Simple Favor’ offers an engaging view of the dysfunctional aspect of American lives. For a movie which is essentially a character study, the one thing I liked is the ambiance the camera creates. ‘A Simple Favor’ will not be remembered for a long time but is well worth the two hours of your life you will have to spend for it. Recommended.

Joachim Phoenix has resurrected his career after the voluntary sabbatical and remains one of the finest actors of this generation. In this film, he plays the younger ‘brother’ of the duo chasing a gold prospector. More than a thriller or drama, the movie is a comedy if you can get the right cues. Some of the dialogues are funny to say the least. ‘The Sisters Brothers’ is not groundbreaking or mold breaking cinema and hopefully the creators never meant it that way. Once this baggage is cleared, this is an eminently watchable flick.

Enlightening, engaging and in some ways touching documentary about the making of guide dogs for the blind. Must watch.

Eagerly waiting for: ‘Arctic‘ because it received a 10-minute standing ovation at its premiere at the 2018 Cannes Film Festival.

Did you know: Yesteryear Malayalam director A B Raj was an assistant director for the David Lean classic ‘The Bridge on the River Kwai’. 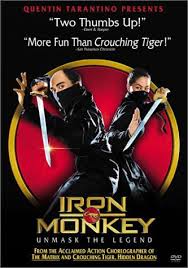 Just as there is ‘Pulp Fiction’ in ‘Fiction’, there is ‘Pulp Action’ in ‘Action’ and the Chinese are quite good at it. Here, the ‘Pulp’ refers not just to the crass commercial aspect of the movie but also the fact that some guys are beaten to pulp in mindless action. Still, a little bit of fun never killed anyone. ‘Iron Monkey’ for me, is the pinnacle of such movie making. With spectacularly choreographed sequences, nail-biting action and awe inspiring set pieces, this is a film that one should not miss. Even after two decades this film remains quite a show. In case you are interested in the plot, a doctor puts on a mask and fights corruption. The plot is just incidental. Enjoy.

There is scale. Then there is ambition. When these two combine, you get ‘Crouching Tiger, Hidden Dragon’. At times it gets grandiose but who does not like to suspend disbelief once in a while? Watch warriors walk on water, fight atop bamboos, flash swords without a care in the world in a monumental film of epic proportions which will leave you asking for more. The major advantage of this movie over ‘Iron Monkey’ is that it has top class actors and a solid story to tell. Above all, it has Ang Lee at the helm. It is a reminder of how versatile a director he is. It is the mark of a genius to have done films as varied as ‘Sense and Sensibility’, ‘Hulk’, ‘Brokeback Mountain’, ‘Lust , Caution’ and ‘Life of Pi’.

A man recovering from a terrible family tragedy moves into a large house. It takes him time to realize that he has company he never wanted. ‘The Changeling’ has some of the best horror scenes I have ever seen. It gives an eerie feeling similar to ‘The Shining’. The film is a George C Scott show all the way with the thespian being present in almost every frame. The ending is a bit convenient but then the ride compensates for the destination.

An Ice Hockey team down in the dumps and facing closure finds an ingenious way of roaring back to winning ways. This film is not about Ice Hockey. In fact, at times it feels like a movie on boxing. I don’t know whether Ice Hockey was played like the way it is depicted in the movie. If so, it has come a long way. The movie is a farce and the good part is that it does not matter. The end scene lends some gravitas to an otherwise out and out entertainer. 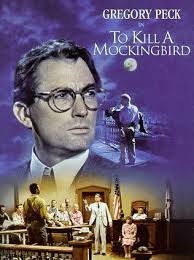 There have been few heroes in the world of fiction like lawyer Atticus Finch. Gregory Peck is Atticus Finch is this classic film adaptation of the classic book by Harper Lee. The protagonist defends an African American in the South against false charge of rape and in the process teaches his kids to stand up against prejudice and racism. Gregory Peck gives the performance of a lifetime. Must see.

One of the best films of the year. Highly recommended. An old couple, still strongly in love after 6 decades of marriage decide to build a new house. They run into the establishment in the process and also tackle the memory loss of the wife as they go along. Excellent writing and some memorable performances make it a film that deserves your full attention. If I had a vote at the Oscars I would have given this film a few of the statuettes. 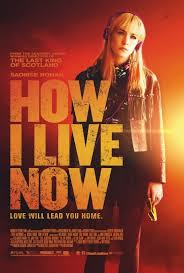 Apparently the book on which the movie is based was a bestseller. Either the movie does not do justice to the book or the author got lucky. An American girl in England has to stay put with her love as the world is facing a nuclear meltdown, in this movie set in a not too distant future. It really requires an effort to remain interested in this film after ten minutes. None of the characters are likeable. I wouldn’t have really bothered if the protagonist disappeared midway through the film. 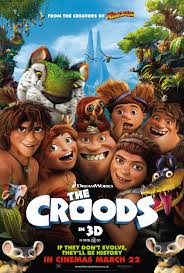 I am mighty disappointed with animation movies nowadays because they have started to look the same. ‘The Croods’ is no exception and relies on the same tired gags and subplots. Hope that they rediscover the spark in those animation studios. As for this one, the kids may like it to some extent. Otherwise, off the mark.

This documentary should be viewed on the big screen. To call the images stunning would be a gross understatement. You almost forget that you are watching a documentary on global warming. Ice never looked so cool.

Eagerly Waiting for: ‘Out of The Furnace’ because it has a red hot cast in Christian Bale, Woody Harrelson, Casey Affleck and Zoe Saldana.

Did you know: Full length feature films (except foreign language films) should run with paid admission for at least 7 days in Los Angeles to be considered for the Oscars.