For the first time we have a Georgian film in this blog and from what I have seen, I would love to have a look at many more movies from Georgia. ‘Corn Island’ tells the story of a man and his granddaughter who have to farm for survival. The entry of new characters- some unexpected and some uninvited- makes the story unpredictable. The high point of the movie is the cinematography and the breathtaking scenery that aids the ambiance. Some of the shots and terrain reminded me of ‘Mud (2012)’. Though the movie has a rather tedious pace, the images on screen do not make an eyesore. Overall, this one is recommended to all those who like to try something new.

Full disclosure: I slept for 15 minutes during the movie. The good part ( or from a neutral perspective, the bad part) is that I did not miss anything. This movie is a good one time watch but leaves you with the feeling that a good one hour drama was stretched to be made into a watchable movie. For a seasoned viewer, it is very easy to predict the climax of the movie which has a good performance from Rebecca Hall. Interestingly, the director-writer of the movie has also taken the role of being the provider of ‘gifts’ in the movie. The fact that he has a one note performance could be attributed to this. ‘The Gift’ is the kind of movie that you will have difficulty remembering after a few years. If at all the movie retains a place in your memory, it would be due to the dialogues in the climax scene.

This Dev Patel movie is a reminder that voting in IMDB does not reflect the true merit of a movie when it comes to sci-fi flicks. The robot with emotions is a concept that Hollywood has tried multiple times; some successful like ‘Wall-E’ and some disasters like ‘Bicentennial Man’. ‘Chappie’ tries too hard to sound authentic but is let down more by human actors who fail to match even the robot when it comes to emotions. Avoid this one and hope that the next robot movie will have better things to do and better co actors. 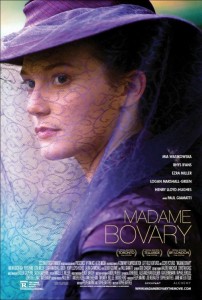 This movie is the latest interpretation of the classic novel and the main reason why I was interested in watching this one was the decent quality of the trailer. Some expensive movies which have been beautifully shot are a joy to watch (try ‘To The Wonder’) even when they have rather mediocre story lines. As it turns out, the producers seem to have handpicked the scenes that were put in the trailer because the movie does not deliver on any front. The performances are uninspired and the screenplay is insipid. In the final analysis it is a sheer waste of time and money: my time and the producer’s money.

There are some people who can continue to light up the screen after decades of solid performances. Al Pacino is one such thespian. Here he plays a down and out singer who lives on past glories. A letter from his past changes his life forever. Based on a true story, ‘Danny Collins’ tells a very enjoyable ( who cares if it is predictable) tale of a man on self discovery at a ripe old age. That also makes this movie Al Pacino’s best performance in over a decade. Definitely worth a watch.

As the movie’s tagline says, after watching ‘Phantom’ I wished that it was true. In fact, the confidence with which the movie was unfolding made me feel that it was indeed based on true events. I even googled to find out whether the terrorist David Headley was dead. When truth struck and I was back to my senses, I realized that ‘Phantom’ was a fanciful work of imagination which does not stop at stretching the limits of imagination but also bends and breaks it. At the same time it is a decent thriller to watch, if you can forget the fact that you read newspapers. The things going for the movie are the racy pace and the limited screen time for Katrina Kaif. The things against the movie are your functioning brain and Saif Ali Khan. After all this, still a decent one time watch,

Ben Stiller has been trying too hard to get out of the comedian tag for the last few years. Perhaps he does not realize that his acting talents are very limited and he looks best in movies like ‘Tropic Thunder’ and ‘Zoolander’. Here, Stiller plays husband to Naomi Watts (who is in her comfort zone in the role). Their lives and thoughts are deeply affected by the entry of a young couple into their lives. The phenomenon of mid-life crisis gets another look in this movie. The movie is ultimately rewarding for those who have the patience to sit through some of the plainly boring sequences.

This debut feature film by Basil Joseph tells the story of events that happen in a small village in Kerala. An entertaining study of the lives and culture in a picturesque village in Central Kerala is told in an interesting way. The grip of the director on the subject is evident and it is truly a feast for the eyes to have rich visuals in the background. It is not for nothing that they call Kerala ‘God’s Own Country’.

A one sided take on the governments in South America. An introduction to the politics in Latin America.

Did you know: ‘Skyfall’ is the first Bond flick directed by an Oscar winning director.