‘Frantz’ is set during the war which was to end all wars. A young German lady leads a forlorn life after her fiance’s death in the battlefield. Her life changes when a Frenchmen turns up in her quaint little town. Told with elegance and grace, this story is very much a romance in its first half but almost becomes an intriguing thriller as it progresses to its unpredictable climax. Francois Ozon has so far been an overrated director but ‘Frantz’ changes that. The characters are neatly etched and reliably performed on screen. The tension that builds up is resolved in the Louvre but in a way which leaves scope for interpretations. That is no excuse for missing a hauntingly beautiful movie. 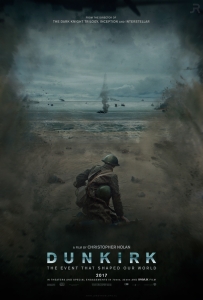 Much of Dunkirk is about setting the stage. This does test the patience of the viewer midway through the proceedings but the film soars as it nears the end. In hindsight, the slow build up is akin to a German musical piece which slowly but surely reaches a crescendo. For all the technical brilliance of the director, it is the background score which is the standout feature of the movie. The movie is littered with few unforgettable scenes, with the last flight landing acting as a metaphor for the whole movie. If you are wondering what that metaphor is, it is about hope and not giving up. It is about trying. Dunkirk is one of the best movies of the year. Dunkirk will be remembered.

Bernie Madoff will be remembered too. He is the most serious threat that Charles Ponzi has encountered to his name and infamy. Bernie Madoff is a fraud who duped his investors of billions of dollars leading to bankruptcies and suicides from USA to Switzerland. This movie tells the tale of the con artist with the focus being on his family. Robert De Niro carries his part competently and overall the movie is a one time watch. It is especially interesting for those who have an interest in knowing about the scandal and its repercussions.

A love story set in the last days of the Ottoman empire which saw the killing of Armenians (Claimed to be a genocide by Armenia and vehemently denied by Turkey. Neutrals tend to side with Armenia). Oscar Isaac plays an Armenian doctor who falls in love, loses his loved ones and ends up being alive. He is also the weakest link in the story with his acting which leaves you underwhelmed. Even accounting for this, the film is a spectacle with its impressively mounted sets and breathtaking cinematography. The film has a few rough edges and would have been a much better product in the hands of a more competent director. Still, worth a watch. 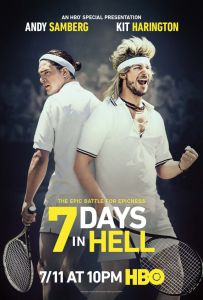 In between the gloom of genocide and a Ponzi scheme, ‘7 Days in Hell’ feels like heaven. An uproarious mockumentary which has fun at the expense of the tennis world, this is a short yet sweet feature in which the last thing that matters is the story. For those interested in the story, it is about an epic seven day match at the Wimbledon. Sounds crazy? The title is just a warm up. 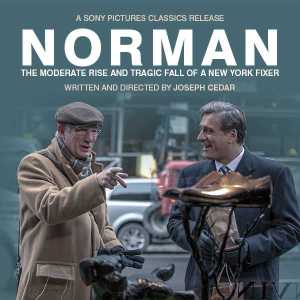 Richard Gere finds another level to his ouvre as actor in this poignant tale where he plays the title character Norman. There is nothing likable about the protagonist. He is the kind of social wannabe you want to avoid like the plague. He is disgusting and eminently detestable. The masterstroke of Gere is that it is he who plays the character to perfection and arouses in you the aforementioned emotions. Gere plays a loner who aims to be a power broker. Due to some circumstances he bonds well with an Israeli politician who rises to become the Prime Minister of Israel. What could have been Norman’s moment in the sun quickly becomes his downfall. ‘Norman’ is a movie which keeps you guessing till the end and is definitely worth the effort.

This small indie flick relies on strong writing and the novelty of the premise. A one eyed boy and an obese girl fall in love (with each other, of course). The strength of their love is put to test when the girl goes to college and starts losing weight. ‘Some Freaks’ is a coming of age movie which is also realistic and peppered with characters who are relatable. There is an undeniable feeling of sadness that permeates the movie. Yet, ‘Some Freaks’ is one of the best indie films of the year and is not boring even for a second. 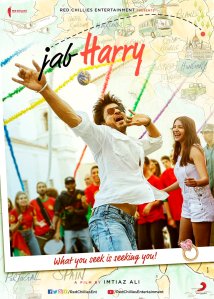 In the streets of India, we find hawkers who make savouries like samosa. They use the same oil and as their tenure lingers their surroundings become unclean. The oil becomes acidic and pungent but the hawker keeps on using it. ‘Jab Harry met Sejal’ is the cinematic equivalent of the samosa that is made from that oil. Imtiaz Ali has milked the same trope of ‘self-realization’ now so much that the cow has started bleeding (gau rakshaks: take note). An ageing 51 year old superstar romancing another girl (29 year old) in another version of the same movie in which they take viewers across Europe is so dated that Narasimha Rao was the Prime Minister of India when Shahrukh Khan tried his luck in this story for the first time. This time the movie also takes a regressive approach when it comes to respect for women and the behaviour of the hero towards locals in Europe. Imtiaz Ali is so formulaic that his leads are from Punjab and Gujarat, two states in India from which most of the foreign based Bollywood movies have their protagonists. I saw reviews of this movie in which the critics have chided Imtiaz Ali for making a bad movie as if his earlier duds like Rockstar and Love Aaj Kal were any better. I saw Rockstar in the theater. I remember how it felt. The key learning for the director should be that you cannot fool everyone all the time. I do have sympathy for the viewer who wasted his money at the cinema. Not for having lost the money but for the sheer ordeal of sitting through this disaster flick. This prem katha should be flushed down the toilet along with the pseudo intellectual hubris of its director.

‘Bareilly Ki Barfi’ is no whiff of fresh air. It is the same mass produced bottle of perfume but the point is, it smells good. It has no pretensions and aims to be a simple entertainer, a task which it accomplishes with reasonable success. It has the classic Bollywood plot. Two men love a woman. The movie relies on a convenient screenplay and a two hour suspension of disbelief. At some point in the movie when you are back to your senses you may ask yourself what the fuss is about. Can’t the guy just open his mouth and tell the truth? The movie is largely engaging because of its sleek editing and a decent performance from Kriti Sanon. Anushka Sharma can take classes from her on playing the bubbly girl. In fact, Anushka Sharma can take acting classes from anyone. Ayushman Khurana plays a confused character and Rajkumar Rao is mostly unconvincing in his ‘dual personality’ performance. In spite of all this, the movie feels more than the sum of its parts. Recommended if you are a fan of this genre.

‘Icarus’ tells the true story of the Russian doping scandal. Right from the doping Guru’s mouth. One of the best documentaries of the year. 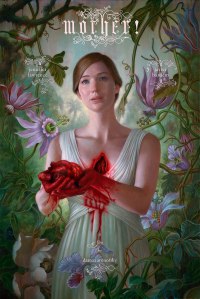 Did you know: Christopher Nolan is red and green colourblind.