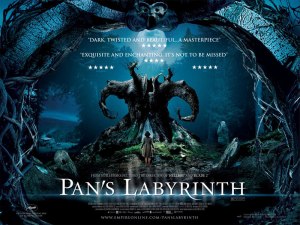 Spanish language writers were the ones to exploit magical realism through their books. It is therefore no surprise that the language is the medium for the movie which Roger Ebert calls ‘ a fairy tale for adults’. A girl creates her own world to escape the torment of the daily life in fascist Spain. Set in 1944, the special effects and imagery are some of the best you will see on screen. Think of  ‘Alice in Wonderland’ with more imagination thrown in. Now that is a tough thing to imagine. The easier option is to watch the movie.

There would be very few war movies as authentic as this one. It follows the crew of a German submarine during the Second World War. There is no plot as such but the exhilaration of combat is in stark contrast to the monotonous, wretched and utterly lonely life on a submarine which slowly descends into a hell on earth. The movie is gritty and keeps you interested throughout. The performances are top notch and the cinematography gives you a good feel of the life inside a submarine. This one will make you spare a thought for the defeated and the dead.

A black comedy which shows the relationship between two friends over a few decades, effectively following the history of Yugoslavia. Some of the scenes are truly memorable, one particular one has animals from the zoo roaming the streets after the zoo is bombed. The film is a roller coaster with scenes where all hell breaks loose and things go on a spiral. A quirky masterpiece.

A struggling actor makes a deal with the devil to resurrect his career, putting the lives of his family members at risk. Roman Polanski makes this chilling horror thriller out of the classic book by the same title. Mia Farrow gives the performance of a lifetime as the naive young wife. Roman Polanski movies have bleak endings (‘The Pianist’ being an exception) and this one also follows the general pessimism he shows towards life. Not recommended for pregnant woman. 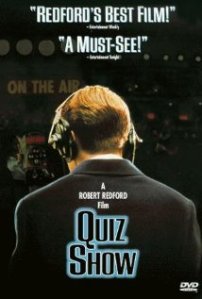 It may come as no surprise in this era that one of the big television scandals of the 50s was a fixed quiz show. The film delves into questions of morality and how even some great minds can be be lured into committing crimes by the media. Ultimately, the show must go on but is quizzing like any other entertainment spectacle?

The final movie of the series is seriously short on content and tries to cover it up by the lightening pace. The girl with the dragon tattoo was much better. As for the plot, the girl has to be prove that she is innocent of the murders she is accused of committing even as she lies in a hospital bed. Wish what translated on screen was half as exciting as the written word.

A movie where the major question is whether the King of England will eat a hot dog, need not be taken seriously. I think they ran out of stories and had to make a film based on such a small issue. Don’t waste your time. 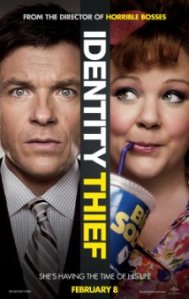 Plot from IMDB: Mild-mannered businessman Sandy Patterson travels from Denver to Miami to confront the deceptively harmless-looking woman who has been living it up after stealing Sandy’s identity

My verdict: This is the kind of movie for which the viewers should be allowed free entry into the cinema hall. They should then be asked to pay for getting out. Terrible.

Bobby Fischer had it all. He was the world champion in chess where he beat the Russians represented by Spasky in one of the most discussed match ups in sports. He won it for the free world in a war minus the shooting. Then he disappeared. Then he disintegrated. The amazing and tragic story of a champion whose greatest gift was his intelligence and whose Achilles’ heel was his paranoia.

Eagerly Waiting For: ‘Only God Forgives’ because everyone likes Ryan Gosling.

Did you know: Orson Welles was just 26 when he wrote and directed ‘Citizen Kane’, generally considered to be the greatest film ever to come out of Hollywood.