An accomplished plastic surgeon who is obsessed with creating the perfect skin after his wife’s tragic death achieves a breakthrough after more than a decade of persistence. He has a patient in captivity who is a guinea pig for him to try his new accomplishment on. It is the mysterious past of this patient that holds key to the story as it unfolds. Told with the trademark panache of Pedro Almodovar, this film did not get the attention it deserved when it was released. It may be because Almodovar is a director who has made many films on gender issues and this one obliquely pays respect to that. It is also one of his latter films without Penelope Cruz. Such minor details aside, the film is a really good watch with Antonio Banderas showing us that he has it in him to step up to the plate when required, in the acting department. 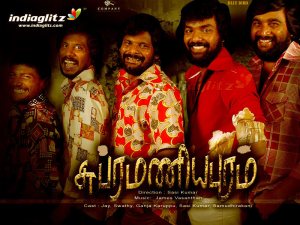 ‘Subramaniapuram’ is a film that brought a zest to movie making in the Tamil film industry. Set in 1980, the film follows the story of five educated unemployed men in the rural heartland of Tamil Nadu (in South India). This is one of my personal favourites. (Spoilers Ahead) What starts as a simple romance slowly turns into a violent tragedy. The film gets its setting and feel right but the tale could have held on its own in any era. The cinematography and music add to the merit of the movie. There are some really good touches. It requires a certain vision to have one of the five men as physically challenged. That explains the whole movie in the opening sequence and in the climax without having to utter a word. A must watch.

An absolutely delightful story of a boy who fears his mathematics classes like the plague and who has a streak of trouble making. Congratulations are in for the producers who showed the guts to finance a film with a young kid at the centre of the story. They also made sure that no effort is spared in the making of it, as is evident from the good production quality. A special mention must also be made of the background score which sets the right tempo for the movie. All this fade into the background when compared with the wonderful performances of the kids in the film. Some of the scenes and lines are too hilarious and it is all helped by the fact that the film has a story to tell. Two thumbs up. 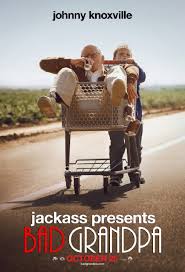 This one is about the trip a ‘grandfather’ takes his grandson with him to return the grandson to his father. In other words, it is an excuse for a road trip in which a young man dressed up as a grandpa takes a younger brat with him to play a series of pranks on unsuspecting strangers. At many levels, the film tries to be outrageous and funny but usually is just outrageous. There are a few funny  moments though but they are far and few in between the ones that concentrate on body parts. Recommended for those who can find fun in toilet humour and juvenile jokes. 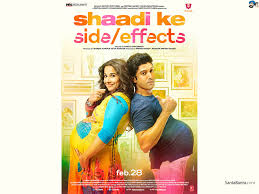 It remains a mystery how some movies get sequels in Bollywood when the original itself was a pain to watch. The only good thing about the movie is the title and even talents like Vidya Balan and Farhan Akhtar are wasted in roles that demand nothing of them. A married couple have a kid and then they have difficulty in coping up the upbringing of the kid. You see, they are having a kid for the first time. So they have no prior experience in the matter. Then the merry go around starts when they start imagining problems when there are none. They start lying to each other with the premise that small lies lead to a happy marriage. Some stretch of imagination, I must say. I guess the filmmakers could have just titled the film ‘Baby’ because that in their opinion is the side effect of a marriage. 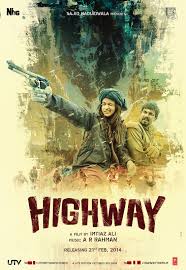 Imtiaz Ali makes nicely packaged movies with zero content like ‘Love Aaj Kal’ and ‘Rockstar’ where the actresses put in shoddy performances in the name of acting. ‘Highway’ is just another addition to the list. A young girl gets kidnapped on the eve of her wedding and then she has a bout of Stockholm syndrome. The movie then becomes an excuse for taking the lead characters around the country on a trip with a very easy ending to boot. Even the music by A R Rahman is tepid. An absolute bore of a movie in which even Randeep Hooda fails to perform.

A look at the world of independent game developers and the passion they bring to the scene. Insightful.

Anne Hathaway is the wet behind the ears office assistant to Meryl Streep in the adaptation of the novel by the same title reportedly based on true events. The characters are all so well etched out that Meryl Streep could be held liable for torturing kids. Even when playing a character everyone loves to hate, she oozes class and literally makes the film her own. The dialogues are razor sharp and quite often acerbic. If you want a primer on how to torture employees, this one could be of great help and still be entertaining.

A writer goes to Colombia to rescue her kidnapped sister and in the process gets into an adventure she didn’t bargain for. She also meets her love in dashing Michael Douglas. Kathleen Turner though does not make it count. She largely has a wooden performance but this works in her favour as that is what the role demands. That also makes it a case of good casting. Also thrown in are few rides in the forest and a very happy ending. A good watch for a lazy evening.

A box office hit from the glory days of Michael Douglas, ‘Fatal Attraction’ tells the story of an obsessive woman a man wants to avoid to save his marriage. The performances are all top notch and the film has the mood of a thriller which is what separates it from the countless movies based on a similar theme. Even when it is predictable and has an obvious ending, the film keeps you interested with the pacy screenplay and antics of the characters which are at times unpredictable.

Eagerly Waiting for: ‘Noah’ because it a Darron Aronofsky film starring Russell Crowe and Jennifer Connelly.

Did you know: The real Frank Abagnale Jr. appears in Catch Me If You Can as the French policeman who arrests Di Caprio.