Academy Award nominee for the Best Animation Film this year, Ernest & Celestine is one of the two foreign made movies in the category (The other one being ‘The Wind Rises’ from Japan). Is is a testament to the fact that the better animation movies are increasingly being made outside of the Hollywood studio system.These foreign movies are also made at a fraction of the budget of Hollywood ones and usually do not have the technical finesse of their big money counterparts. Still they make for engaging viewing because in the end it is all about the story and the screenplay than anything else.Ernest & Celestine scores high on that front. Continuing the French connection of love with rats (Remember ‘Ratatouille’ ?), this film shows the bonding between a rat and a bear.That too, a rat brought up on the idea that bears are evil. Definitely worth your time.

‘The Grandmaster’ is the market entry feature for Asian films for Annapurna Studios. Annapurna Studios was founded by Megan Ellison who is the daughter of Oracle CEO Larry Ellison. The year 2013 has been particularly well for the studio which is behind movies like ‘Her’, ‘American Hustle’ and ‘Zero Dark Thirty’ . Coming to the movie, the film has been lavishly mounted and tells the story of the Ip Man, who was the master of Bruce Lee. The major failing of the movie is that it is too verbose and the action sequences are not well choreographed. Hence the thrills are missing. The ever-present feeling is that of watching a chronicle of events than watching a movie. Overall, it is a damp squib but it has its moments. How about a husband and wife having a Kung Fu duel just for the fun of it?

‘Frances Ha’ is the female equivalent of ‘Inside Llewyn Davis’ reviewed last week. It tells the story of 27 year old divorcee without a home of her own and trying her hand at things which she is not competent enough. Greta Gerwig gives a breakout performance and definitely deserved a nomination at the Oscars. It is baffling why the Academy prefers to give her 18th nomination to Meryl Streep for her insipid performance in ‘August: Osage County’ than reward Greta Gerwig for her genuine performance. ‘Frances Ha’ is shot in black and white which adds gloom to the already gloomy movie which has a cheerful character at its core who also knows that she is in dire straits. The film was one of the discoveries of Sundance Film Festival in 2013. It is easy to see why. 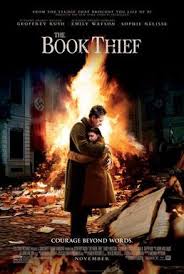 This is the kind of movie which irritates me. Kids who speak like adults, Nazis as villains (what a convenient cliche), preachy dialogues, that overwhelming feeling that you are sitting in a propaganda session even when you are the staunchest supporter of the idea. To top it all, the voice over is by God (Yes you read that right). Apparently, the viewers do not seem to share my concerns but the critics and I are on the same boat. As for the plot, it is about an adopted girl in Nazi Germany.

There are so many stories waiting to be told. ‘In a World’ tell the story of people in the voice over industry. It is about a woman who tries to find her footing in a male dominated industry with misogynistic veterans, among them her father. The romantic sub plots enrich the story. Though the film does tick the box for cliches, it is a romantic comedy worth watching.

At the end of this movie (yes, I somehow reached the end) there is this tripe from the director about how she made the movie while balancing her gigantic responsibility of being a mother. As if to convince the viewer, she also has footage of her son on the sets. She should have put that disclaimer at the beginning of the film. That would have been an anticipatory bail and the viewers would have been better prepared for the motion picture she unleashes on them. It is plain and obvious that the lady got to don the director’s hat because she belongs to one of the country’s big production houses. The plot is a mixture of Australia bashing jingoism with some songs thrown in for the sake of romance. People who paid to watch this in theatres can try suing the producers for mental torture.

Nominated at this years Oscars, this documentary take a peek into the lives of a painter couple and their marriage that has spanned 40 years. My feeling is that there were better documentaries that did not get nominated this year.

Sergio Leone is a name synonyms with Westerns. He was never feted with awards during his lifetime but with the passing of time his stature has only grown. If there is a director with whom a genre is associated, then that combination has to be Sergio Leone and Westerns.

A bounty hunting scam joins two men in an uneasy alliance against a third in a race to find a fortune in gold buried in a remote cemetery (From IMDB). Sensational. 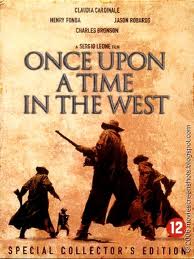 Story of a mysterious stranger with a harmonica who joins forces with a notorious desperado to protect a beautiful widow from a ruthless assassin working for the railroad ( From IMBD). Epic.

From Imdb: Two bounty hunters with the same intentions, team up to track down a Western outlaw.

Eagerly Waiting for: ‘3 Days to Kill’ because Kevin Costner plays the lead.

Did you know: In 2002, Steven Spielberg finally finished college after a 33-year hiatus. He submitted ‘Schinder’s List’ for his student film requirement.