This Swedish flick is about a dysfunctional family with the youngest child as the protagonist. A sick mother, an absentee father and a quarrelsome elder brother make life difficult for 12 year old Ingemar. There are beautiful distractions in the form of girls and Ingemar himself has a philosophical take everything, especially on the plight of the dog Laika sent to space. This bittersweet tale was a box office success in its transatlantic crossover in the US. Worth a watch.

This is a film close to my heart as I have met versions of the characters portrayed in the movie. It is set in the Emergency era Delhi. The lives of three college friends are intertwined by love, ambition and politics. It is a poignant story and the life of each character is worth an analysis as the movie progresses. The performances are exceptional, with Shiney Ahuja stealing the show. How sad that such a huge talent was wasted. Moving on, the movie is the most authentic representation of life in the 70s in India. The political churning is in stark contrast to the opulence of the Delhi upper crest. The music and songs are befitting for the movie; the track ‘Baanwara man dekhne chala ek sapna’ being one of my personal favourites. In my opinion, one of the best movies to have come out of India in the last decade.

This is Sam Mendes’ feature debut as a director and he won an Oscar for it. This one is also on a dysfunctional family, the head of which is played by Kevin Spacey. He is a man of many secrets and is facing a mid life crisis. He develops a liking for the friend of his daughter and from there on it is all downhill. The film is remarkable for its engaging screenplay and the rock solid story it wants to tell. The climax will take you by surprise. Recommended. 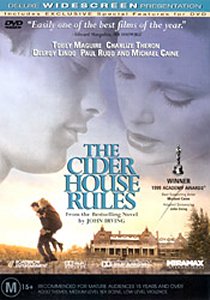 Charlize Theron and Tobey Maguire light up the screen in this slow burning story set in an orphanage and among apple orchards. Though I believe that the 7 Oscar nominations the movie received were too many, the two wins it had for Screenplay and Supporting Actor were well deserved. Michael Caine deservedly won the Oscar for this one but it is a movie which tests your patience. Recommended only for the discerning viewer.

An underrated and not widely viewed cult classic horror movie. The lead character sees a rabbit which makes him commit crimes. It is one of those movies which you have to view with rapt attention if you do not want to miss the finer points. Jake Gyllenhaal shows early promise in this film. This film is more spooky than scary but then utilizing grey cells is always better than having an adrenaline spike.

Maybe it is just me but I feel that all protagonists in animation movies are similar. The happy go lucky guy who is good at wisecracking. ‘Despicable Me 2’ is just another animation film which does nothing to set it apart from the few top notch animation movies released every year. The plot involves a villain who needs to be fought. If it wasn’t an animation movie, I would have have avoided it like the plague. Giving it the benefit of doubt, I would rate it above average. 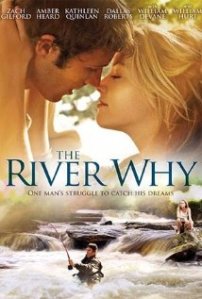 I guess the ‘Why’ in the title was added by studio executives who could not figure out why they funded this film. The story has a man choose solitude and fly-fishing over everything else. In the process he also gets a girlfriend (Amber Heard). The best thing about the movie is the tintinnabulation the river makes. Enjoy the landscape. Don’t pay attention to the people on screen.

A  troubled teen with suicidal tendencies meets a new girl in school. He also has a father awaiting death. The movie is let down by the heavy handed direction and sloppy background score. The script and dialogues are good but then it falters as it moves forward. The finale is as good as throwing the baby out with the bathwater. 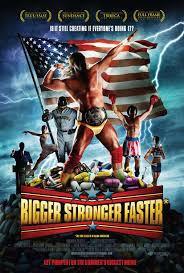 The drug problem in American sports told through the eyes of a very level headed competitor. This was before Lance Armstrong revealed that he had lied strong. Must watch. Live strong, play fair.

Eagerly Waiting for: ‘Mandela: Long Walk to Freedom’ because it took so long to make, it better be good.

Did you know: Louis Lumiere, one of the pioneers of cinema, is credited with directing 101 movies between the period 1892-1900.