In the last one year this blog has been published regularly every week without fail. When I started out, the idea was to quit after an year.During the last one year, the trying circumstances under which I have published the blog every week only cemented that thought but I won’t be entirely stopping with this edition. This blog will continue to be published but it will no more be a weekly. Thank you for the continued readership.

Five time winner at the Cannes, Emir Kusturica is a director whose oeuvre needs no introduction. His movies are remarkable for the fact that they do not try to tell unbelievable or extravagant stories. He likes to focus on ordinary people with interesting lives. He populates such stories with quirky supporting cast and shoots the films at a pace which keeps you interested in the proceedings on screen. This film is another in a glowing list that he has produced and this one takes us to the world of gypsies with their idiosyncrasies and rituals. A young man in a gypsy family blessed with telekinetic powers moves out to the big city where he gets drawn into crime. Peppered with remarkably shot sequences which are authentic, this film is a must watch for the glimpse it gives of normal people who are on the fringes of the society.

Another classic from another master. Fellini looks at the lives of people in an Italian coastal town during the Mussolini years. The magical and saccharine tale is tempered only by the liberal doses of political reality. The number of characters introduced in the film are far too many but they are vital to the story and remain a part of it even when they appear only in a single scene. The cinematography is breathtaking and it is ably assisted by the original music. A must watch bittersweet story with heavy political undertones.

Twelve years a prisoner, Dom who has been released from the penitentiary goes back to collect what he was promised for his silence during the trial. Once outside the prison, he realizes that the world has since moved on and it may be difficult to get what he believed was legitimately his. He also has an estranged daughter to deal with and has to fix his broken family and his fragile ego. Jude Law goes off the beaten track but the screenplay does not aid his cause. Not a dud but not a classic too.

A married and respected pharmacist loses control of his life when he meets a lonely young wife. They hit it off together with the aid of drugs. Coming at a time when a series like ‘Breaking Bad’ has made chemistry far too cool, this one also shows the vast powers that people who have access to the supply of pills can wield to amuse themselves.Unfortunately, the bubble bursts midway and then the film really goes nowhere even when it thinks it is making progress. Similar to the hallucinatory effects of some drugs, the story is a no brainer without anything substantial. I guess some of the guys dreamt up the story when they were high on something.

Diana was an overrated,over hyped lady who gained sympathy for being the lonely rebel in an irrelevant monarchy. This disaster of a film tries to map the turbulent period in her relationship with the monarchy when it had reached a point of no return. Naomi Watts styles herself on the lady but there is nothing much she can do to improve a plastic lady whose photo op moments were her only contribution to the society. The screenplay is bereft of any value and looks like a string of tabloid gossip strung together to make an awful film. The film is not even able to match the voyeurism which mostly defines the British tabloids. The film never has an emotional connect and it is better to give it a miss unless you are not aware of some tempestuous chapters in the leading lady’s life. 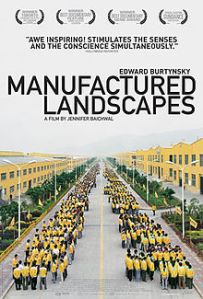 Photographer Edward Burtynsky travels the world to see the effect of human activities on the environment and the beauty in the ugliness of the large industrial facilities. Thought provoking.

The film that catapulted Kevin Costner to stardom is a labyrinthine thriller which slowly tightens the screws as it proceeds. A Naval Officer is drawn into a cover up and an investigation designed to uncover nothing. He must be part of a process investigating the death of his ex-girlfriend when he is quite sure of what might have happened to her. An edge of the seat thriller which has a predictable ending.

Rubin “Hurricane” Carter was a renowned African American boxer who was wrongfully accused of murder and imprisoned. The film tells the story of  the people who help him prove his innocence. The film is cliched to some extent but features perhaps the best performance by Denzel Washington. He brings the anguish of the lead character to the screen with much success. He also looks the part as a boxer. A very good watch.

Did you know: In ‘Saving Private Ryan‘, all the main actors except Matt Damon were forced to undergo a brutal week long fitness camp for their roles as soldiers. Damon was exempt from it in order to generate genuine resentment towards him and his character.